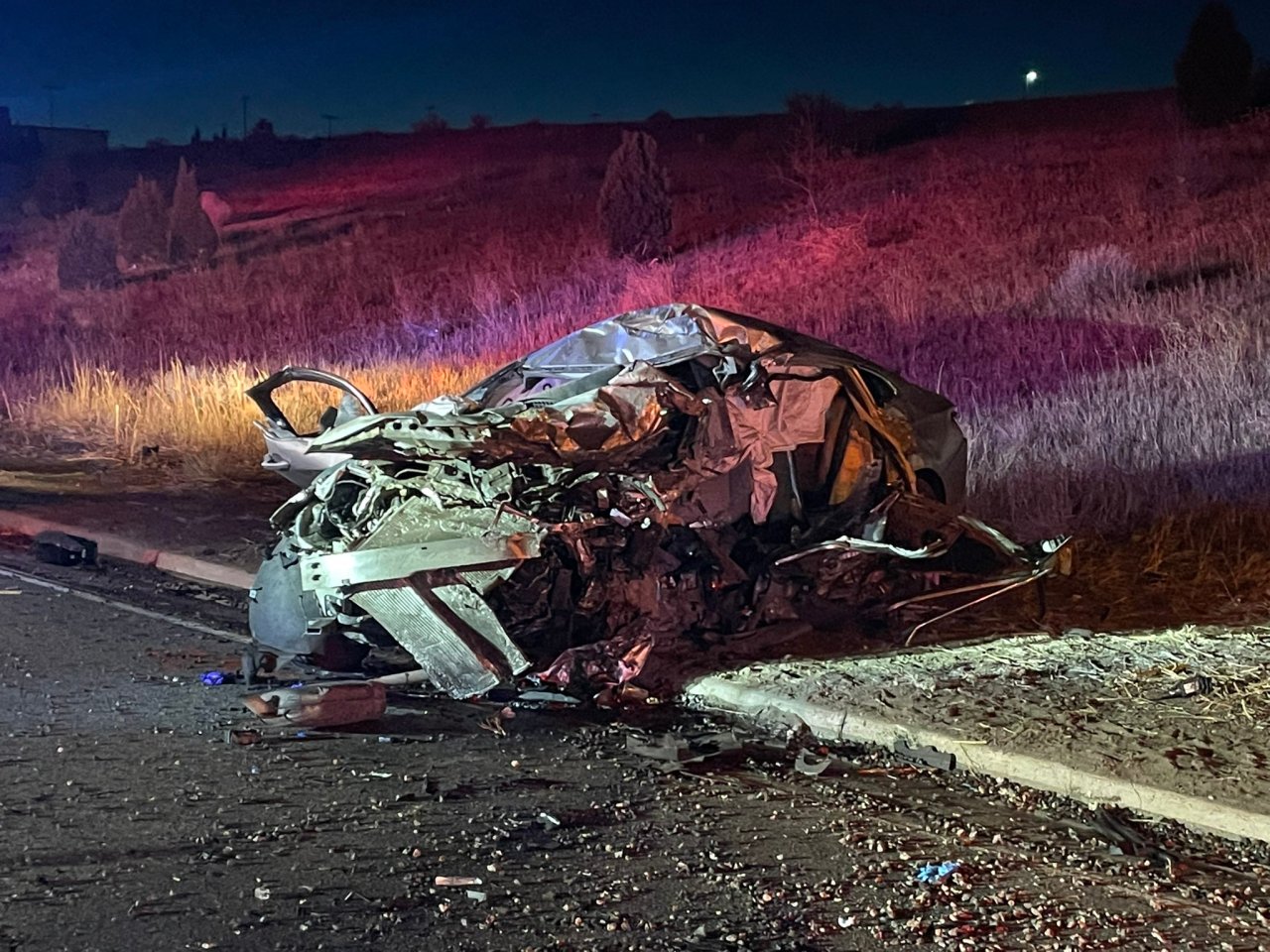 The accident happened before 5 a.m. on Friday morning and involved two vehicles.

The CSP said a vehicle was heading east on 6th Avenue when it passed a Golden Police officer going in the same direction at what the officer believed to be well above 90 mph.

The officer was going to attempt to stop the vehicle, but according to CSP, the driver turned on a red light at Colfax Avenue and crashed into an SUV, which then caught fire.

Three people exited the SUV on their own, but a fire extinguisher was needed to extinguish the flames on two of them.

A total of five people were taken to hospital with serious injuries. One of the victims, a passenger in the vehicle suspected of speeding, was pronounced dead in hospital.

Lyft driver Bob Gunning came across the crash and said he saw a heroic officer trying to help people in trouble.

Gunning said the officer dropped them on the ground, trying to help them as they were on fire.

The Malibu was moving so fast that the CSP said the officer hadn’t even had a chance to try to stop it.

“When he saw that, he was accelerating and turning on his lights as the vehicle passed through the intersection,” Troop Captain Gary Cutler said.

The impact of the crash sent the Malibu flying, shutting off the lights at the intersection.

The person who was killed has not yet been identified. The condition of the other injured was not disclosed.