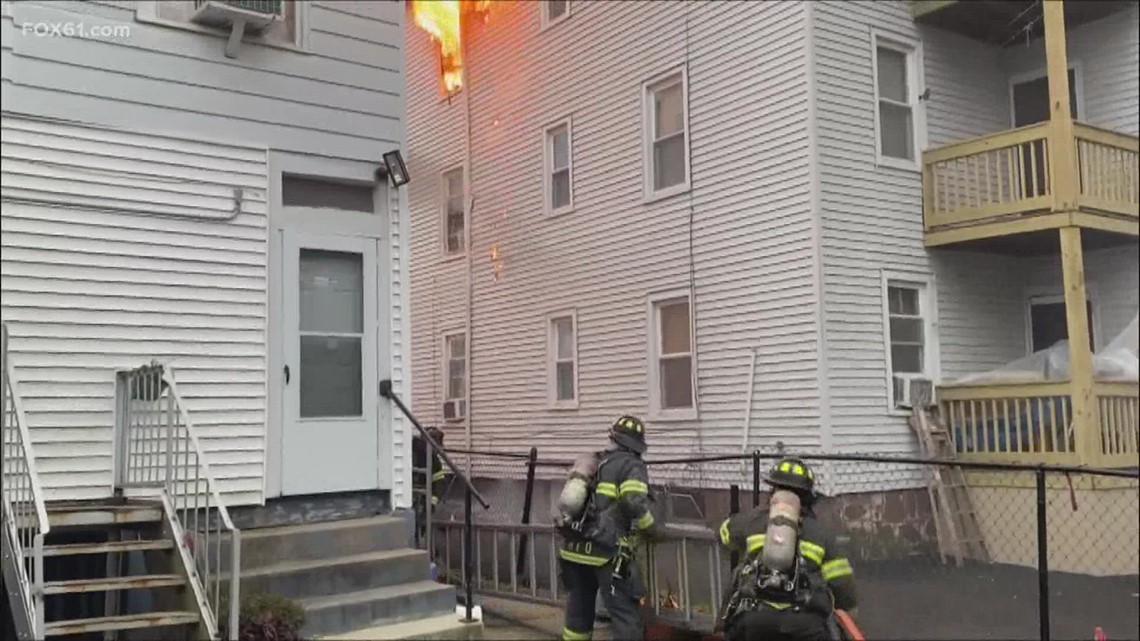 Authorities said the fire occurred on the third floor and spread to the attic and second floor.

HARTFORD, Connecticut – Several families have been displaced after Hartford firefighters responded to a second alarm fire at a three-story house on Wednesday.

Firefighters were called to the 400 block of New Britain Avenue at around 3:50 p.m. with a report of a fire at a three-family home. The second alarm was triggered at 4 p.m. Firefighters say the fire was on the third floor, then spread to the attic and second floor.

The house in the Behind the Rocks neighborhood has been ruled uninhabitable and is in the process of being condemned, firefighters have said. The American Red Cross is helping the three displaced families. The Office of the Fire Marshal is investigating the cause of the fire.

Got a story idea or something in mind that you want to share? We want to hear from you! Write to us at [email protected]

HERE ARE MORE WAYS TO GET FOX61 NEWS

Stream live on ROKU: Add the string of the ROKU store or by searching for FOX61.