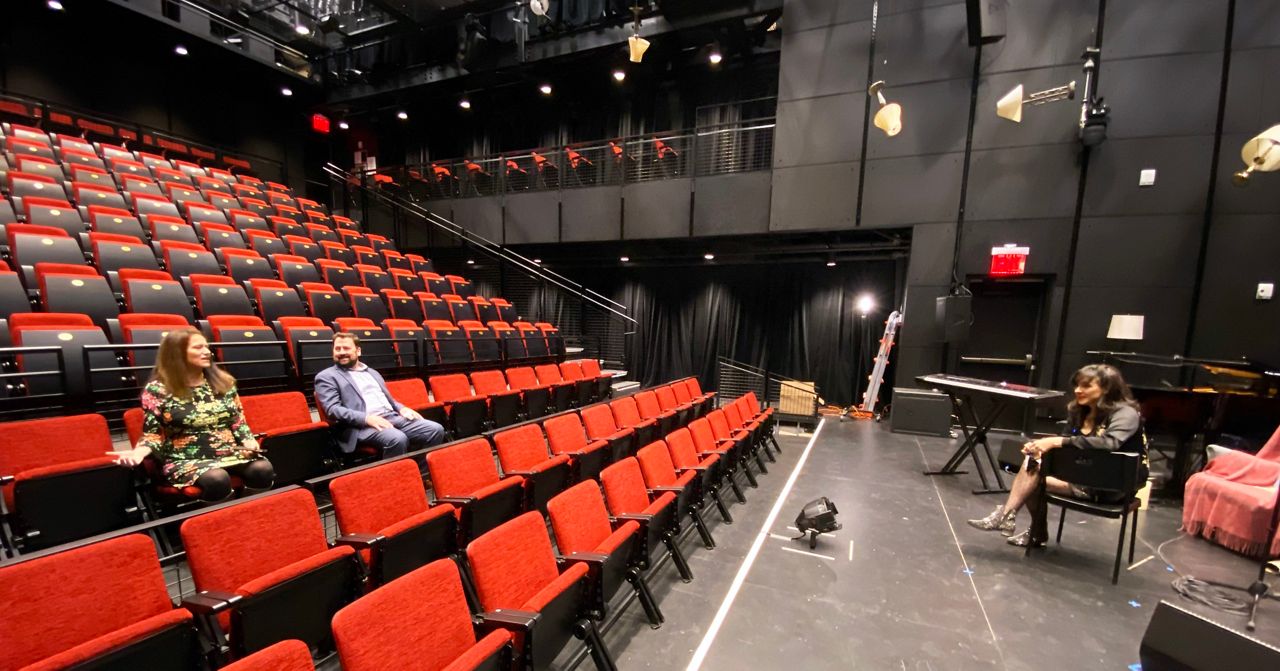 A new home for Irish art rises on 11th Avenue

Irish cabaret singer Camille O’Sullivan feels right at home at the Irish Arts Center in Hell’s Kitchen. She has performed there several times over the years and is heralding a new era this month with her show titled “Where Are We Now?”

“When you’re an artist, sometimes you go from building to building and hotel and back again, but it’s like coming to visit family,” O’Sullivan said.

The Irish Arts Center has moved into its new building on 11th Avenue between 51st and 52nd Streets. Above all, this is new, since the facade of the more than 100-year-old tire store that once stood there has been incorporated into the design. It stands on the corner of the building that has housed it since 1972. The $ 60 million project was funded through a partnership between the City and the Government of Ireland, a first, along with money from government and private donors.

“We’ve been part of the fabric of the neighborhood for almost 50 years so this is a dream come true for so many and being here for opening week is truly surreal,” said Vice President Pauline Turley.

The centerpiece of the project is a versatile theater that can accommodate up to 199 people and opens up new performance possibilities. For example, dance performances that required elevators were difficult in the old theater due to the height of the ceiling.

“The theater really balances out that sense of intimacy that we’ve come to know and love about the Irish Arts Center, but with an expanded artistic scale, so we’re really excited to have achieved that with our architects and our theater designers, so we can’t wait to get people in, ”said Aidan Connolly, executive director of the center.

“We’ve been talking about this building for so long and I think it’s like an amazing achievement, and I already know, I was saying to Aidan, you will have every person in Ireland knocking on your door now trying to enter “says O’Sullivan.

New digs include a lobby cafe, studio, meeting and classroom space. Irish touches include Irish handcrafted furniture and Irish poetry on the stairs dedicated to members of the community who helped make the project a reality. It has been delayed by about a year due to the pandemic, but has been in the works for more than a decade. The organization is not saying goodbye to its old house, this building will be renovated as part of the second phase of the project by adding more space for shows and classes.