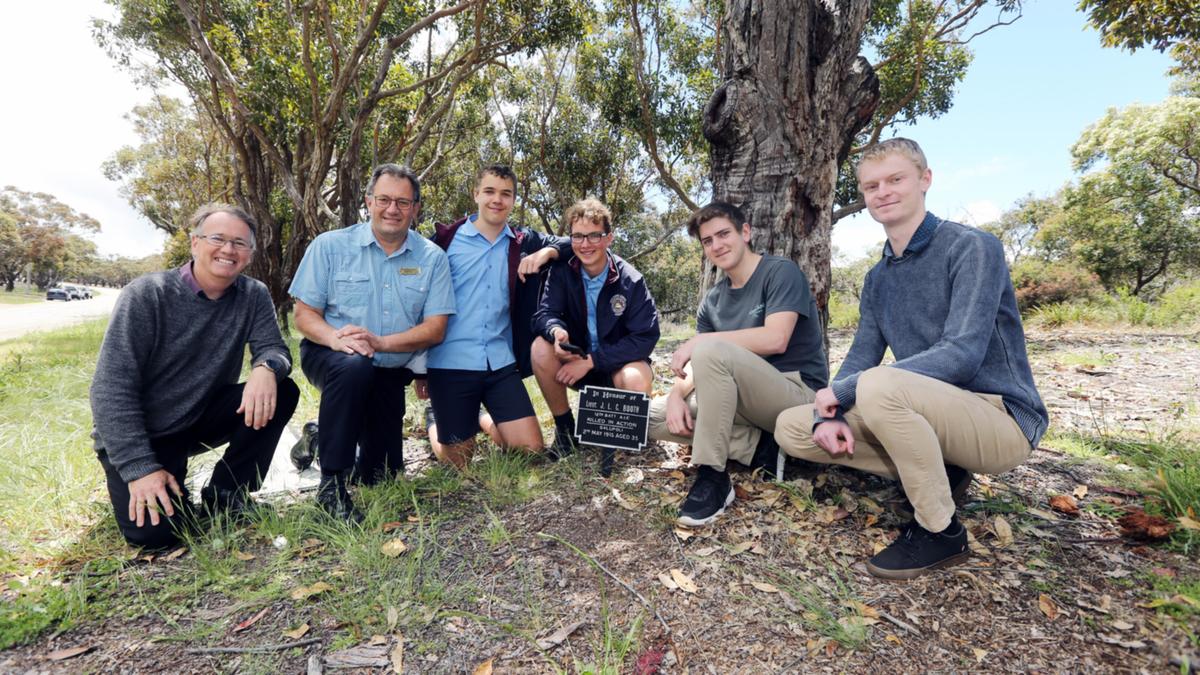 Albany’s Avenue of Honor is being upgraded and renovated in a combined effort to commemorate fallen service members.

QR codes placed on signs at the Avenue of Honor entrance on Apex Drive can now be scanned to provide a map of all 187 commemorative plaques.

The QR code also links to more biographical and service information relating to the person honored on each plaque.

Launched on Monday, it is the result of a more than decade-long project involving students from John Calvin School Albany in Years 9 and 10.

Mr Bosman said more than 160 students collected information on 184 of the 187 plaques during visits to the Australian War Memorial over an eight-year period.

“It all really started in 2011 when John Calvin School teacher Andrew Vermuelen and a group of pupils visited AWM in Canberra,” he said.

“I’ve worked with students from 2018 to now on the app itself, the technical side of things.”

Information on the app includes details of their service, where they are buried and, in some cases, pictures or letters that were sent home.

Mr Bosman said it gave him goosebumps to see the app had officially launched.

“It’s fantastic to see how the RSL, the City of Albany, the National Anzac Center and those at Princess Royal Fortress have all joined in being very excited about this as well,” he said.

“This support has given us a huge boost.”

Helen Tasker, president of the Albany RSL sub-branch, said the project honors those who have made the ultimate sacrifice.

“It is special that the students, approaching the end of the school year, can see their QR code project launched and also for the former students who worked on the project to see that their work is valued by the community”, she said.

In addition to the new QR code system, the plaques on the avenue d’honneur are being renovated.

The work is done in batches of 10 by Albany MenShed members and funded by donations collected from the Apex Drive collection box.

“That should see them well in the future,” he said.

Apex Club of Albany presented a check for $5,600 to the Albany RSL sub-branch to complete the work at an estimated cost of $30 per plaque.

Mr Gilmartin said the club decided to contribute after the issue of funding for plaque renovations was raised at an RSL sub-branch meeting.

“We have the donation box at the top of Mount Clarence which is there to maintain and update the facilities on Apex Drive,” he said.

“So I proposed it at a meeting and people voted unanimously for it.

“So between us, the MenShed and the RSL, who are coordinating the project, we will improve the plates.