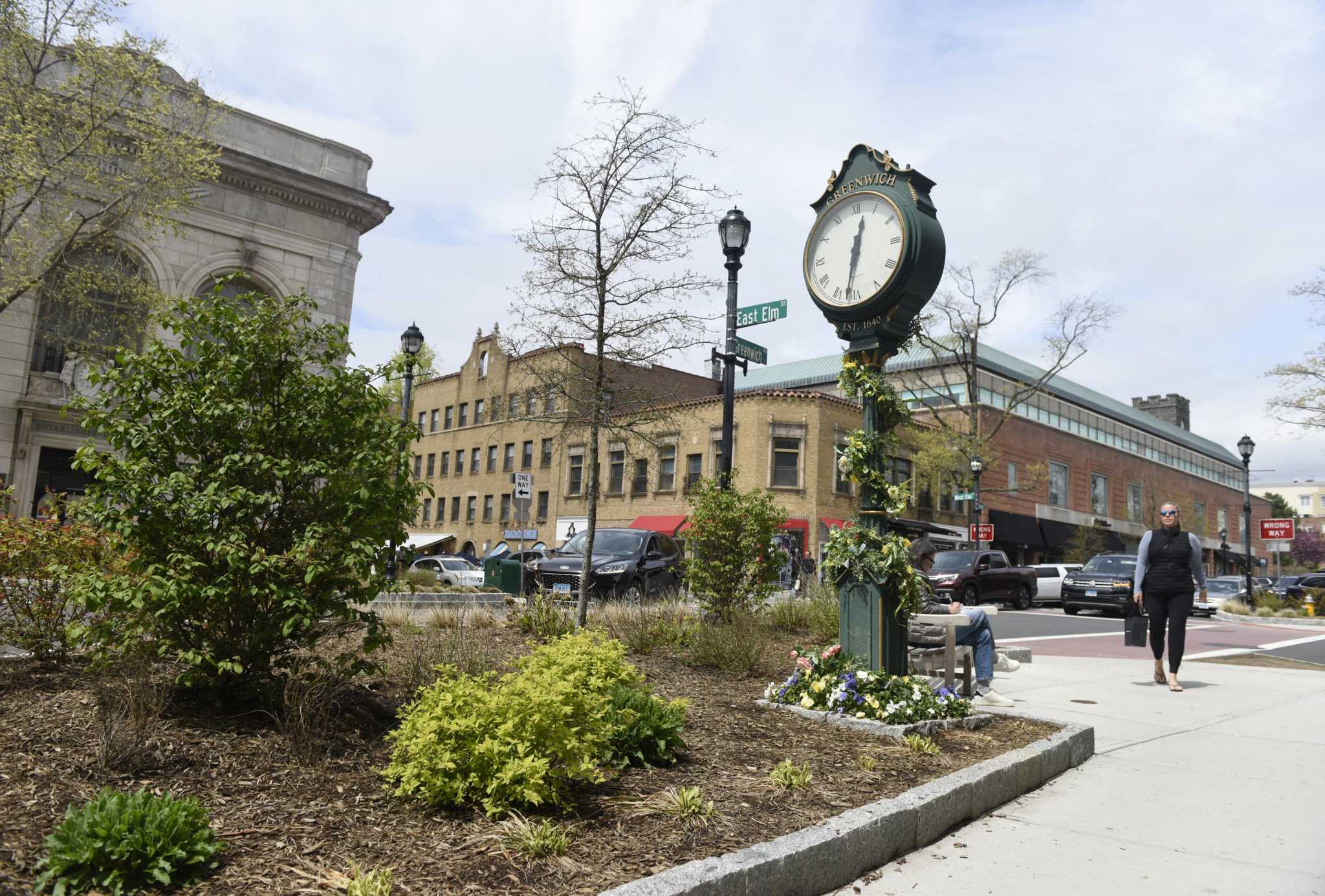 The heated debate pitted first coach Fred Camillo, a Republican, against the new leadership of the Greenwich Republican City Committee.

The $2.8 million project, which would be funded by a state grant, would improve public safety, reduce the distance it takes for a pedestrian to cross the street, improve sightlines and slow traffic, has Camillo said. Work is planned for Arch Street and the intersection of Havemeyer Lane with Greenwich Avenue and would also include improvements to Fawcett Place and Grigg Street.

The grade and intersection improvements would be similar to the project completed last year at Elm Street and Avenue.

But the project was met with vocal and passionate resistance, which stunned Camillo, and it now looks likely that the bumps will be reduced in Monday’s budget vote.

“It’s the most disconcerting thing I’ve ever seen in all my years in public service,” Camillo said. “I’ve been in town my whole life and I’ve never seen people react that way to misinformation.”

If the project is halted, the city would lose the funding and the $2.8 million would go back into a pool that other municipalities could claim, he said.

He disputed opponents’ claims that the project would reduce parking, saying it would actually add more spaces.

In addition, Camillo lambasted some of those who oppose the project who he said made unsubstantiated allegations of corruption and shouted at Ministry of Public Works employees during the land use committee meeting. from the RTM on Monday evening, which he described as “very, very rude”.

“That’s what we’re up against now, and it’s more than disappointing,” Camillo said. “The people of our city want it. The ADA community supports this. The police department and fire department support this. DPW supports this. Many store owners also want it.

“But then we have accusations that it will cost millions in maintenance, which is not true because we are paying for this from existing budgets,” he said. “And they say it’s going to remove parking, which isn’t true because we’re making it a condition for 12 spaces to be added to Arch Street and Grigg Street.”

GTR Land Use Committee Chair Peter Berg confirmed a new delegate should be muted during the Zoom meeting, saying the new member was “unfamiliar with GTR decorum” .

Jim Michel, Deputy Commissioner of the Department of Public Works, confirmed that the plan calls for the addition of 12 spaces around the two intersections.

MacGillivray did not return Greenwich Time’s requests for comment, but she spoke out against the project at the RTM’s land use committee meeting.

Camillo, who won re-election by a wide margin last year, said he has received calls from all over town asking why the RTC opposes the project.

“I’ve served this city my entire adult life and I’ve never seen this before, ever,” Camillo said. “Debate is a good thing. It’s something we should be doing. And dissent is as American as anything. We cherish that. But comments are made here that show everything being thrown against the wall to try and make something stick. It is more than disconcerting.

The full RTM will meet Monday at 7 p.m. at Central Middle School and on Zoom for the budget debate and vote. Prior to this meeting, the RTM commissions and districts hold budget meetings.

According to RTM Public Works Committee Chairman Michael Spilo, the committee voted 8 to 3, with one abstention, to cut funding for evictions. He cited objections to changing designs and uncertainty about what the $2.8 million would cover.

Spilo said he would introduce a motion to cut funding when the budget is voted on, and he thinks it’s “highly likely” it will pass.

Spilo confirmed that RTM members have received a significant volume of emails, and he estimated that 90% of them are against the proposed deletion.

The project has the support of Alan Gunzburg, chair of the First Selectman’s Disability Advisory Committee, who has promised to speak out against any motion to cut replacement funding.

The bumps make it much easier for all pedestrians, especially people with disabilities, to safely cross streets and sidewalks when using Greenwich Avenue, he said.

“The people against it are the drivers, not the pedestrians,” Gunzburg said. “Pedestrians all want that. These are the people who want to get from the top of the avenue to the bottom of the station in six minutes — they don’t want to stop. They don’t want to slow down. They have no respect for people crossing. When crossing an elevated crosswalk, God forbids them to stop at a crosswalk.

Gunzburg, who walks with the help of a guide dog, said the raised crosswalks allow her to walk down Greenwich Avenue safely.

2022-05-03
Previous Post: Review of the restaurant: Lucia Pizza on Avenue X
Next Post: Woman killed after being hit by a car on Scalp Avenue | News