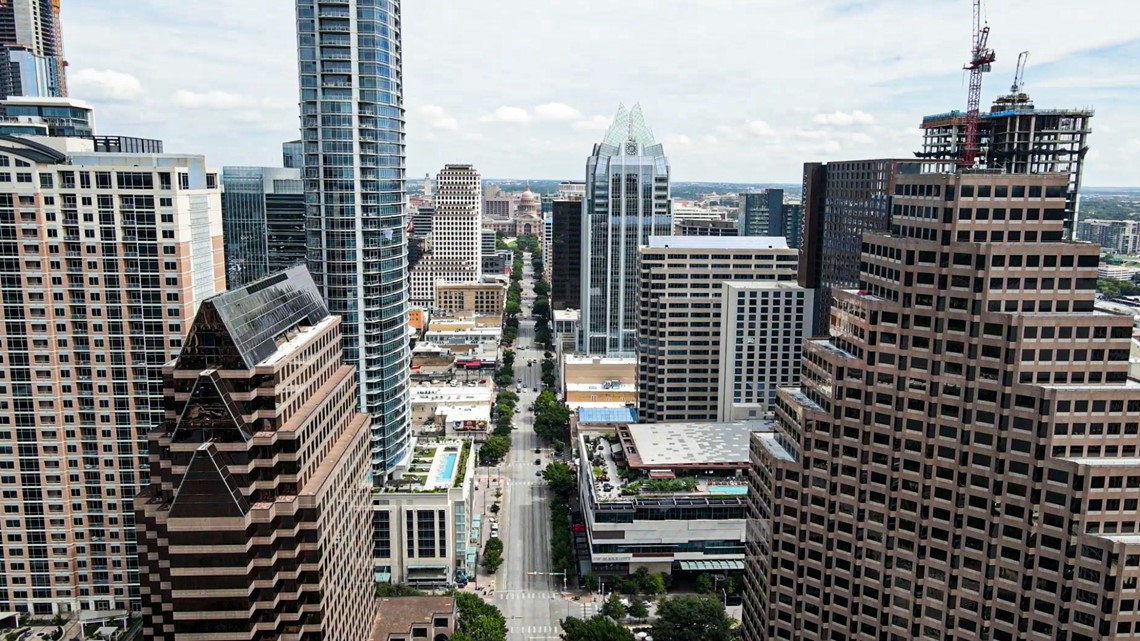 The proposal shows a 55-story tower above ground-level retail that would consist of living spaces and mid-rise units for restaurants, offices and retail.

AUSTIN, Texas — Austin-area architectural firm Clayton Korte hopes to build new residential units and commercial spaces on Congress Avenue. Specifically, the company is looking to build behind and above a historic landmark and contributing buildings, located at 316 Congress Ave. This includes the WB Smith Building.

Due to the location and its implication as a historic monument, construction would first require approval from the Historic Monuments Commission. If approved, it would be the newest residential construction on “Texas Main Street” in over a decade.

The proposal shows a 55-story tower above ground-level retail that would consist of living spaces and mid-rise units for restaurants, offices and retail. According to Michael Whellan, a potential construction representative, the project plans to preserve or rebuild all facades facing Congress Avenue.

“Having a structure that’s new while including the old is special,” Whellan said. “It’s a way of honoring the past while acknowledging the needs of the future.”

Although the proposal has not been decided upon and is in its early stages, it is yet another effort to bring more housing to Austin to meet growing demand.

The Historic Landmarks Commission carefully reviews any new construction involving a historic landmark, as downtown Austin has design protections and restrictions that HLC board member Witt Featherston calls Capitol View Court Orders. These rules limit the size and design of a building.

Featherston explained that there are several levels of review for the historic monuments committee, depending on the proposal.

“There are three big ‘buckets’. There are existing historic landmarks, where we review and approve or disapprove changes to those,” Featherston said. “Then there are districts that are local and national. If it’s local, we have a say in dictating what happens to them. And then the third ‘bucket’ is demolition requests for potentially historic structures where we look at the potential for [buildings] be historical landmarks. »

Featherston said there were sometimes overlaps.

“People want to do something new in the neighborhoods, but a building will have a certain status… So we wonder, should it be raised to the rank of a historic monument?” said Featherston. “Everything that comes before us is a story.”

While many are embracing new additions to the city as people continue to move to Austin for employment and lifestyle reasons, others want to preserve “original Austin” as much as possible.

Featherston said the HLC is looking to strike that balance with new versions of the HLC board.

Whellan agrees with finding a balance.

“I think Congress Avenue is a great example of where all of the resource elements come together to enable meaningful residential construction,” Whellan said.