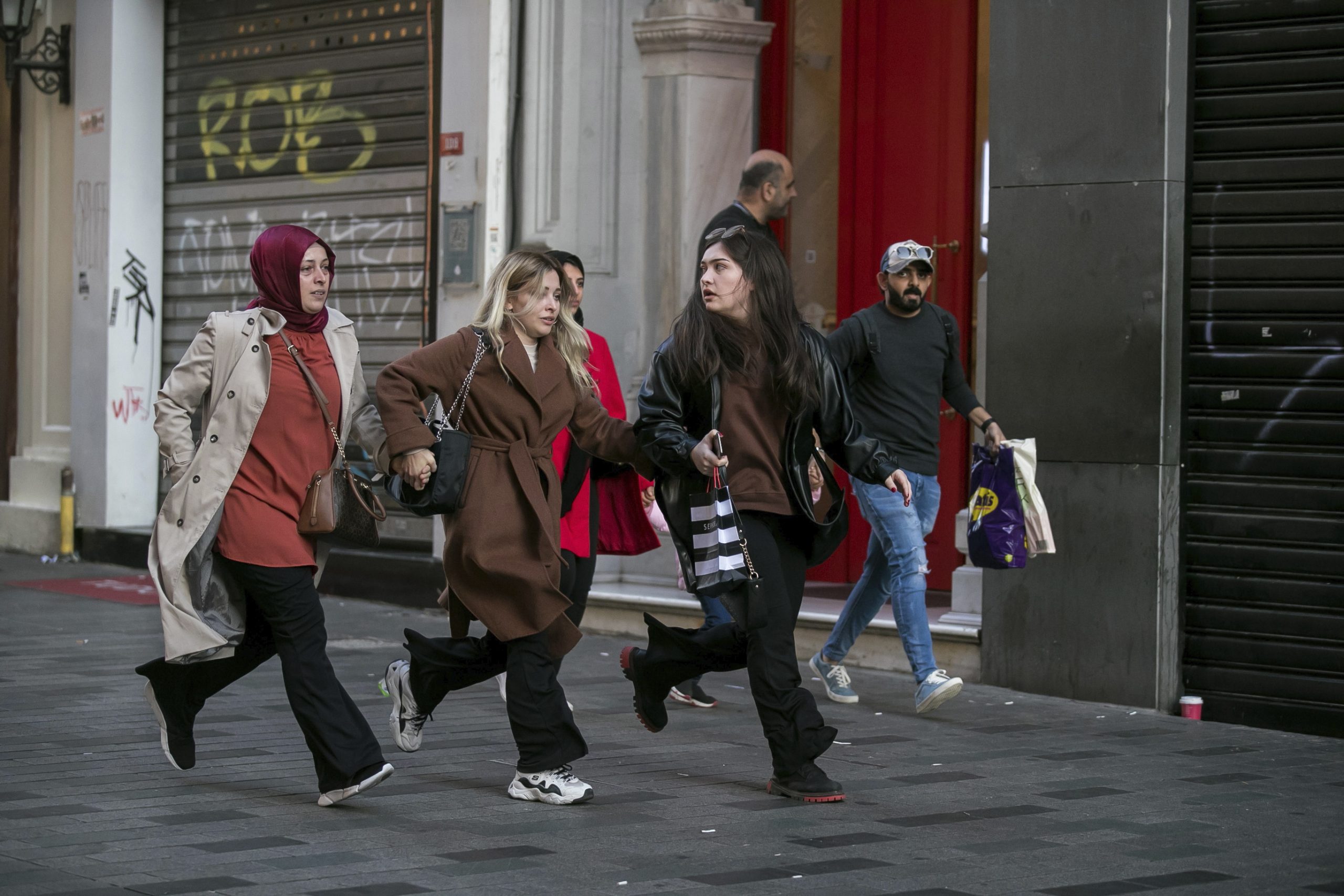 Emergency vehicles rushed to the scene on Istiklal Avenue, a popular thoroughfare lined with shops and restaurants that leads to the iconic Taksim Square. In video posted online, a loud bang could be heard and a flash was seen as pedestrians turned and fled.

Turkish President Recep Tayyip Erdogan called the blast a “treacherous attack” and said its perpetrators would be punished.

He did not say who was behind the attack but said there was “a whiff of terror” without giving details and adding that it was not yet certain. The president said investigations were underway by police and the governor’s office, including reviewing footage of the area.

Erdogan said six people were killed. Vice President Fuat Oktay later updated the number of injured to 81, two of them in serious condition, and also said it appeared to be a terrorist attack.

Many foreign governments have offered their condolences, including neighboring Greece with which relations are strained. Prime Minister Kyriakos Mitsotakis said he was “shocked and saddened by the news of the heinous attack”.

Turkey was hit by a series of bomb attacks between 2015 and 2017 that killed more than 500 civilians and security personnel. Some of the attacks were carried out by the Islamic State group, while others were carried out by Kurdish militants who led a decades-long insurgency against the Turkish state for greater autonomy or independence.

Turkey has been fighting militants – known as the PKK and considered a terrorist organization by Turkey, the United States and the European Union – in the southeast of the country for years.

Following the series of attacks, Turkey launched cross-border military operations in Syria and northern Iraq against Kurdish militants, while cracking down on Kurdish politicians, journalists and activists at home through extensive anti-terrorism laws that critics say are a way to silence dissent.

Turkey’s media watchdog has imposed temporary restrictions on reporting on Sunday’s explosion – a move that prohibits the use of videos and close-up photos of the explosion and its aftermath. The Supreme Radio and Television Council has imposed similar bans in the past, following attacks and accidents.

2022-11-13
Previous Post: Excavation in progress at 760 Madison Avenue on the Upper East Side of Manhattan
Next Post: Armed robbery at Super-S-Mart on East Bessemer Avenue in Greensboro, suspect at large