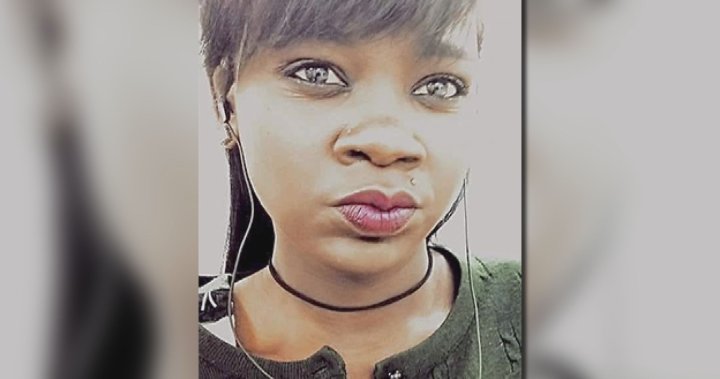 On October 27, Aloka Akot was crossing 17 Avenue SE heading north when a dark-colored sedan traveling west on the same road approached the intersection at 44 Street SE and hit the right woman before 8 p.m.

The 27-year-old was rushed to Foothills Medical Center, where a day later her family made the difficult decision to remove her from life support.

We remember her as beautiful, generous and strong.

Calgary police say the vehicle that hit her did not remain at the scene. Officers seized a car they believe was involved in the incident, but are still looking for the driver.

The story continues under the ad

The family held a memorial for Aloka on Saturday, but say they cannot go ahead with so many questions left unanswered.

Family members are now pleading with the driver, or anyone with information about the incident, to come forward.

“Any friends, brothers and sisters who talk to him, he better show up because Aloka is innocent,” Wol said. “I hope that person comes out and shows up because it’s an accident. We can calm down a bit if we know who did it.

Gar Gar, a local community leader, knows Aloka through social events and says his death has left the local Sudanese community in mourning.

According to Gar, Calgary’s Sudanese community has seen an increase in overdose deaths in recent years, and deaths like Aloka’s add to the pain.

“The community goes like a family [to grieve] but then you start seeing different crying because it brings up a different memory,” Gar explained. “We are not just going to bury a child, we are going to see almost 100 children who are in this cemetery again.”

The story continues under the ad

“The best thing this person can do is take the pain out of the community and come forward,” Gar said. “To give us that closure and know that we’re going to put Aloka to rest.”

Anyone with information regarding the hit-and-run is asked to contact the CPS at 403-266-1234. Anonymous information may be submitted through Crime Stoppers.

A gofundme was created to help with funeral costs.