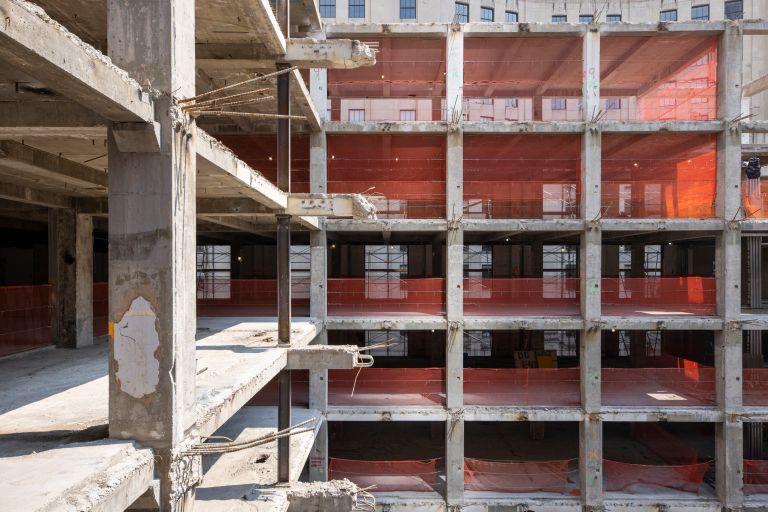 Check-in with One Madison Avenue by SL Green – Commercial Observer

As the city’s office market struggles to recover amid a second pandemic winter, SL Green Realty Corp. last week sold a 25% stake in its office renovation and expansion project at One Madison Avenue in Manhattan.

The sale – to an anonymous international investor – allows SL Green to retain a 25.5% stake in the project. Its joint venture partners, National Pension Service of Korea and Hines, will retain a 49.5% stake in the development along Madison Square Park. The anonymous investor, meanwhile, has committed at least $ 259.3 million in equity to the project.

The redevelopment will transform an 1893 office building and its adjacent 1909 clock tower into a 26-story, 1.4 million square foot complex that will occupy the entire Madison Avenue block between East 23rd Streets and East 24th. Kohn Pedersen Fox is designing the building that will rise from the sculpted shell of the existing 19th century structure. The limestone of the podium will be repaired and renovated with new windows.

KPF’s new glass tower will span 16 floors after moving away from the facade of the old 10-story building, creating a large two-level outdoor space with landscaping and seating.

SL Green and Hines, who are co-developing the project, recently completed the demolition and are finalizing the structural reinforcement of the old building. Work progressed slowly during the pandemic, after SL Green secured a $ 1.25 billion construction loan in the fall of 2020. The work – which will be largely completed by union construction crews – is expected end in fall 2023.