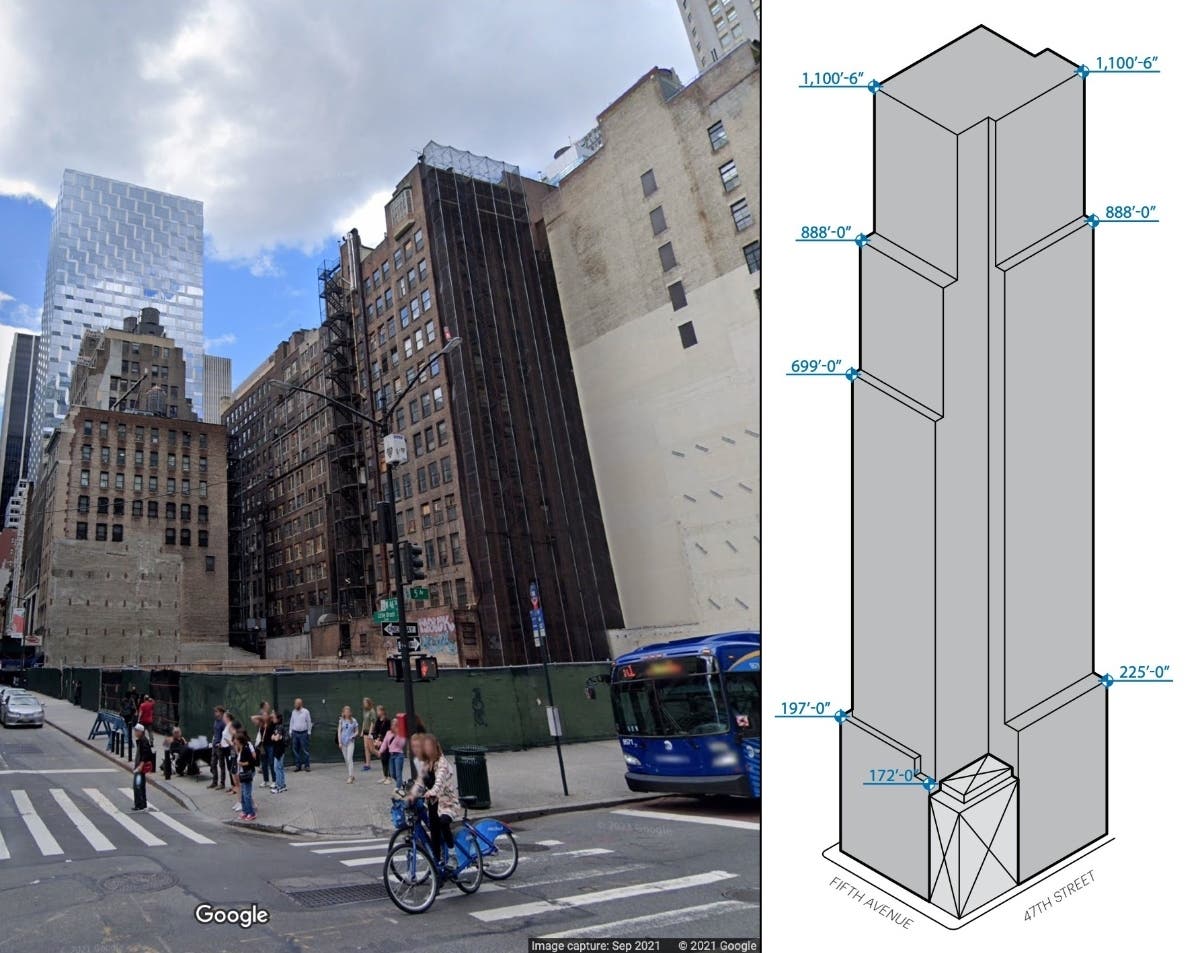 MIDTOWN MANHATTAN, NY – After spending years demolishing nearly a dozen buildings that once lined a block in Midtown, developer Extell has revealed what he plans to build there: a 1,100-foot skyscraper tall containing either offices or a hotel with apartments.

The plans were discovered in a set of documents that the company submitted to the city this week as it prepares to build on the site, which stretches the west side of Fifth Avenue between West 46th and 47th Streets.

The documents describe two possible uses of the huge tower. In one scenario, it would house 1.5 million square feet of office space, including an event venue and huge underground retail space. Alternatively, it could serve as a 1,520-room hotel, as well as 468 regular apartments.

Before starting construction, however, Extell must ask the city to approve a number of zoning changes in order to build taller. To sweeten the deal, Extell says it will fund upgrades to the Fifth Avenue-53rd Street subway station, taking advantage of the city’s new program that offers developers square footage bonuses in exchange for transit fixes. .

From 2016, Extell started to demolish the series of low-rise buildings that stood along West 46th Street west of Fifth Avenue. These teardowns were soon followed by the 12-storey corner building at 562 Fifth Ave. and the distinctive Tudor style building next door known as “Finchley’s Castle”.

The company secured $ 440 million in funding for the project in 2019 as it prepared to lead the way. In the spring of this year, the whole site was empty.

Rumors have swirled for years about what Extell – which launched “Billionaire’s Row” of tall skyscrapers a few blocks north – would build on the site. Possibilities included a shopping center topped with a hotel or apartments.

Assuming the city approves the tower, construction would begin in 2023 and last four and a half years before ending in 2028.

If the zoning changes are not approved, Extell says it would develop a smaller 24-story, 417-foot office building on the same site.