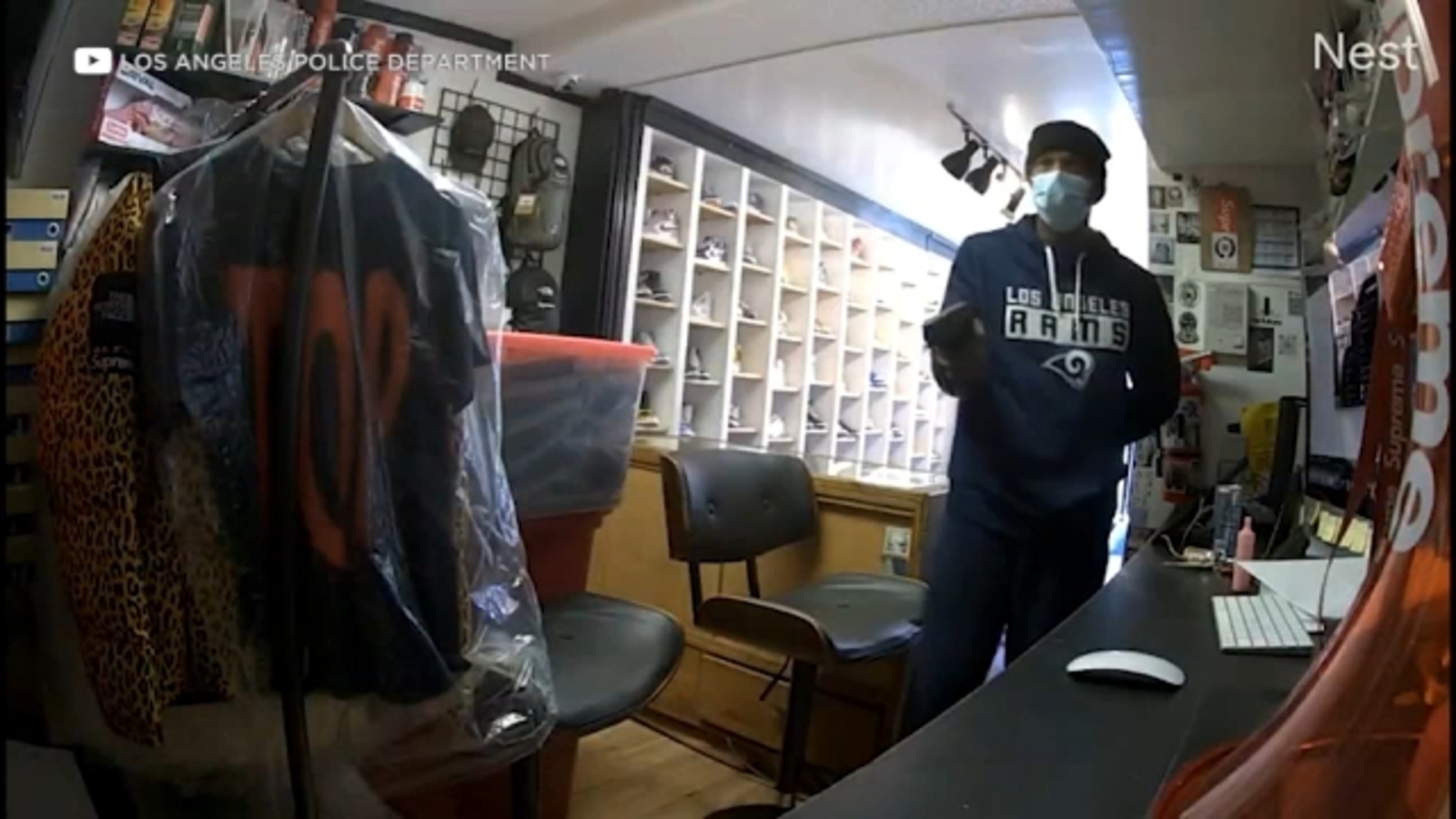 By: Terese H. Martin
In: Avenue clothing
FAIRFAX, LOS ANGELES (KABC) – A gunman robbed a Fairfax district clothing store at gunpoint on Tuesday afternoon, fleeing with clothes, shoes and money in an incident which was filmed, authorities said.

The suspect entered the store on the 7800 block of Melrose Avenue, near Fairfax Avenue, shortly before 12:30 p.m. An employee believed he was a customer and approached to assist him. indicated the police.

The suspect threw two white garbage bags at the employee, pointed a black handgun at him and asked him to fill the bags with clothes, shoes and money, police said.

The employee complied and the suspect took the property and fled the store on foot.

The suspect, who is believed to be between 20 and 30, is around 5 feet 7 inches tall and weighs around 200 pounds. He was wearing a black beanie, a blue surgical mask, a navy Los Angeles Rams hoodie, blue pants, and shoes of an unknown color.

The incident was just the latest in a series of recent armed robberies on Melrose Avenue that were videotaped. Guests on the sidewalk were robbed at gunpoint on September 7, as was a barber shop worker last week.

Anyone with information about the clothing store robbery on Tuesday is urged to call Detective Flores of the Wilshire Theft Division at (213) 922-8217. Outside of business hours or on weekends, calls should be made to (877) LAPD-24-7. Anyone wishing to remain anonymous should call Crime Stoppers at (800) 222-TIPS.