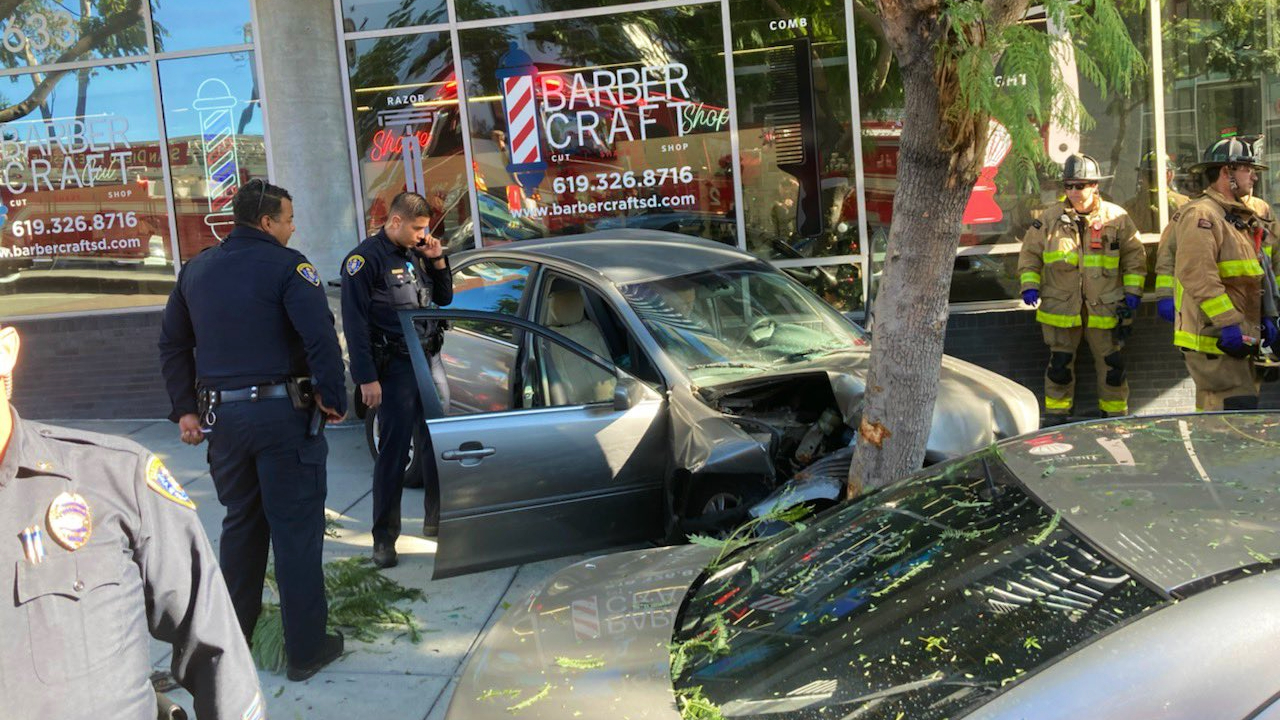 Correction: An earlier version of this story contained incorrect information about the driver and the number of people injured in the crash. The error has been corrected.

SAN DIEGO – A pedestrian is fighting for his life after a driver lost control and crashed onto the sidewalk outside a downtown San Diego barbershop on Saturday afternoon, injuring two others and causing damage the company as well, authorities said.

The crash happened around 12:30 p.m. near the intersection of Sixth Avenue and Cedar Street in the Cortez Hill area, according to San Diego Fire-Rescue. A 58-year-old man driving a gray Toyota Camry crashed into the sidewalk, hitting pedestrians, then collided with a lamppost, a parking meter, a tree and a barber shop.

It was unclear what caused the man’s loss of control, but DUI was not suspected and he remained at the scene to speak to police, according to the San Diego Police Department. The driver was taken to hospital with minor injuries.

The victims, two men aged 65 to 75, were taken to hospital after being injured by debris from the crash, the SDPD confirmed. One of the pedestrians sustained life-threatening internal injuries while the other was a minor.

Firefighters shared a photo on Twitter of the car, which was stuck against the tree with a badly damaged front end. Damage to the store, called Barber Craft, was not evident in the photo, but firefighters said the crash caused around $ 10,000 in damage.