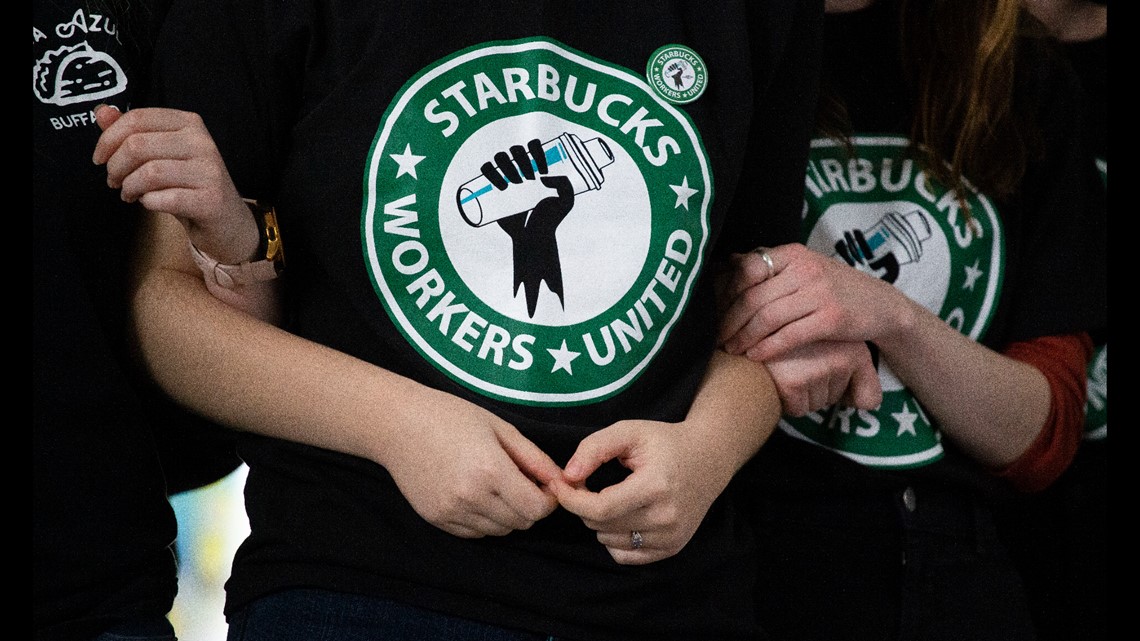 The coffee retailer, for the first time, must negotiate with the unions at a US store owned by the company. The union filed objections in two other elections.

BUFFALO, NY – The National Labor Relations Board has confirmed a vote to form a union at a Starbucks store on Elmwood Avenue in Buffalo.

This means that the coffee retailer, for the first time, will have to negotiate with the unions at a US store owned by the company. The union filed objections in two other elections.

“Our union is certified and we are giving an olive branch to Starbucks,” Elmwood Avenue site manager Michelle Eisen said in a statement following Friday’s certification. “We ask them to put the past behind us, to sit down at the negotiating table, to show the world that they are ready to negotiate with their partners.”

Employees at one of the stores on Camp Road in Hamburg voted against forming a union last week. The results of the Genesee Street location in Cheektowaga are not yet known due to ongoing vote challenges.

The labor council will decide whether to hold new elections.

“On election day, we asked Starbucks to sign a set of principles,” said Jaz Brisack, another executive at the Elmwood Avenue site.

“These principles mean that Starbucks would recognize our vote and sit down to negotiate a contract that partners and Starbucks can be proud of. We hope Starbucks takes this opportunity to sign the agreement, respecting the right of all of its partners to organize. and sit down with their partners at the negotiating table.