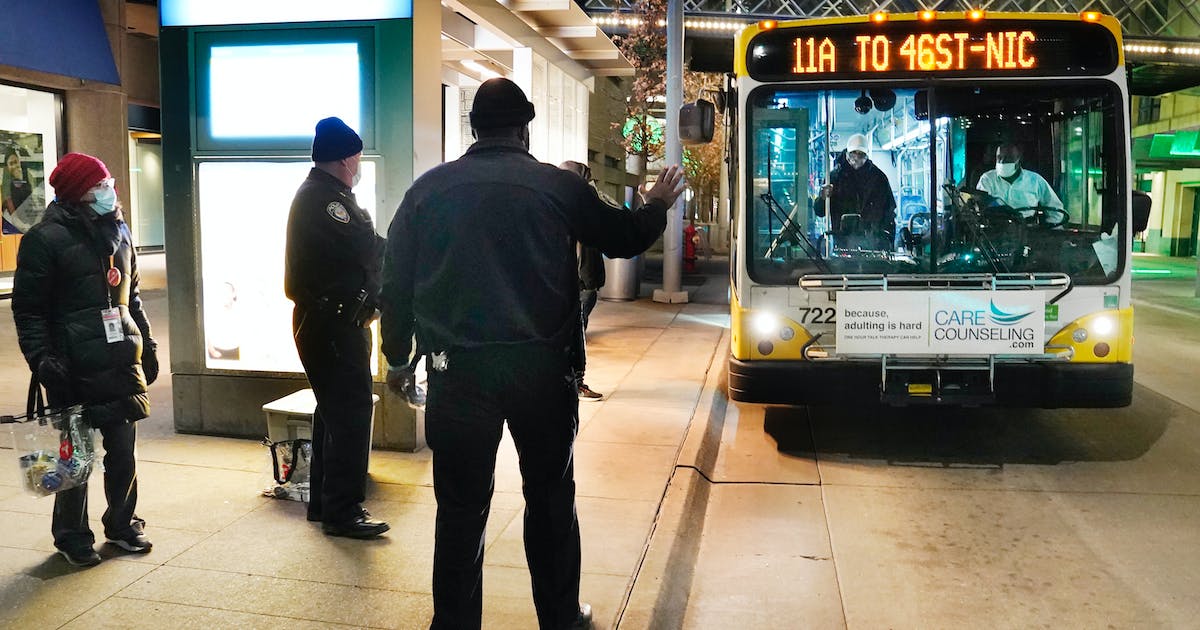 Mayor Jacob Frey vetoed a plan calling for a 24-hour bus lane on Hennepin Avenue after the street was rebuilt, a day after the Minneapolis City Council approved those plans.

Frey said he disagreed with the plan to have a 24-hour bus lane because buses don’t run all hours of the day, in a letter to city council Friday night. Banning off-peak parking would further hurt businesses that have already been hit by the pandemic, civil unrest, inflation and a labor shortage, he said.

The bus lanes had always been included in the project, the first major reconstruction of Hennepin Avenue through the Uptown neighborhood in more than 65 years. But in May, city officials and new public works director Margaret Anderson Kelliher proposed that transit lanes be used only part of the day and be available for on-street parking during peak hours.

On Thursday, the council voted for 24-hour 8-5 bus lanes.

Frey urged council members to follow the recommendations of Kelliher, the city engineer and his administration staff.

In a letter to constituents, Council member Aisha Chughtai said she rejected the mayor’s idea that an all-day bus lane would be a loss for businesses. The board will consider the vetoed items at its next meeting on June 30, according to Chughtai.

“On one of the most dangerous streets in the state for pedestrians, transit riders, cyclists and drivers, investing in people-centric infrastructure is vital,” she said. declared. “I championed this layout because it’s one that everyone in the community benefits from.”

Metro Transit plans a new bus rapid transit (BRT) line on Hennepin Avenue connecting the University of Minnesota to downtown Minneapolis and the Southdale Transit Center in Edina starting in 2025. The agency does not did not say whether the E line would operate 24 hours a day.

Katie Jones, spokeswoman for Hennepin for People, a group that has lobbied for 24-hour lanes, said she is committed to ensuring there are all-day bus lanes on the Avenue Hennepin.

“This fight is long and we will need your energy,” she told other supporters.