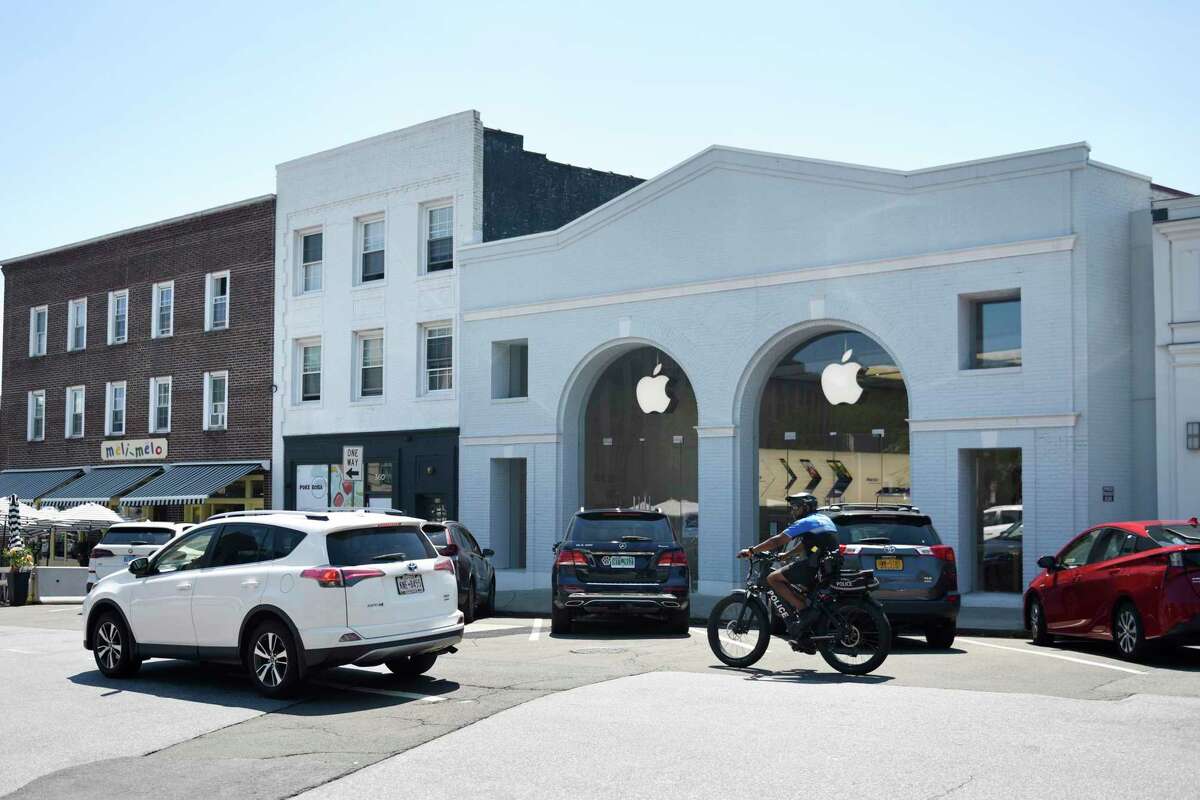 GREENWICH – Police have arrested a New York man for an attempted armed robbery which shocked the Greenwich Avenue business community this summer, when a couple leaving the Apple Store were attacked by two would-be thieves who tried to steal their purchases, authorities said Wednesday.

Geraldo Morales, 20, of East 219th St., Bronx, was extradited from New York late last week and flown to Greenwich, where he was arrested on a number of major criminal charges. His alleged accomplice is still at large.

Authorities said a brother and sister were leaving the store on lower Greenwich Avenue on the afternoon of July 18 after buying a number of Apple TVs when they were physically accosted by two thieves. The brother tried to push them away, police said, and a Good Samaritan also accosted one of the suspects, later identified as Morales. Morales, who was wearing a pink jacket, was able to free himself and jump into a nearby getaway car, a silver BMW, on Grigg Street.

The Apple merchandise, worth $1,460, according to court documents, was later recovered.

According to the arrest warrant application filed in Stamford State Superior Court, the male victim of the robbery suffered two broken fingers, as well as scratches on his legs. His sister also suffered bruises and scratches, and both were treated at Greenwich Hospital after the incident. The two family members then received the Apple merchandise they had purchased.

Police have developed information about the man in the pink jacket, who was inside the Apple Store with his alleged accomplice before the attempted robbery. The duo had tried to buy iPhones with a credit card, but store management wouldn’t allow the sale without ID, which the men wouldn’t provide. According to the affidavit, Morales provided a cell phone number in connection with the failed transaction.

Detectives then used that cellphone number, from a “burnt” phone fraudulently used by Morales, to trace his identity, police said. The phone number, supposedly in the possession of a New Jersey man, led to an Internet Protocol (IP) address, a Google account and an email address traced back to Morales, according to the court filing.

Police gained access to Morale’s real cell phone and, upon reviewing telecommunications records, discovered that he had pinged a cell tower in Greenwich Plaza, near the Apple Store, in the aftermath -noon of July 18. where the duo appeared to have stopped at another Apple store in Yonkers, according to the court filing.

The Apple store manager in Greenwich told police the duo were responsible for a number of other robberies and attempted robberies at Apple stores in the area, according to the court filing.

Meanwhile, detectives were in contact with the New York Police Department. Morales had been detained and photographed by the NYPD for fare evasion on the New York City subway in March 2022, and his photo was passed on to Greenwich police, who determined it matched video footage of Morales taken from a camera video on Grigg Street, the affidavit says.

Greenwich Police also contacted law enforcement authorities in New Milford, after discovering that an arrest warrant was being held for Morales in that jurisdiction. New Milford police told detectives in Greenwich that Morales was wanted for theft, in connection with a firearm stolen there.

Last week, Morales was arrested at Riker’s Island Detention Center, where he was being held on a warrant.

Bail was set at $100,000 and as of Wednesday afternoon he was in state custody. He is expected to be arrested on November 10.