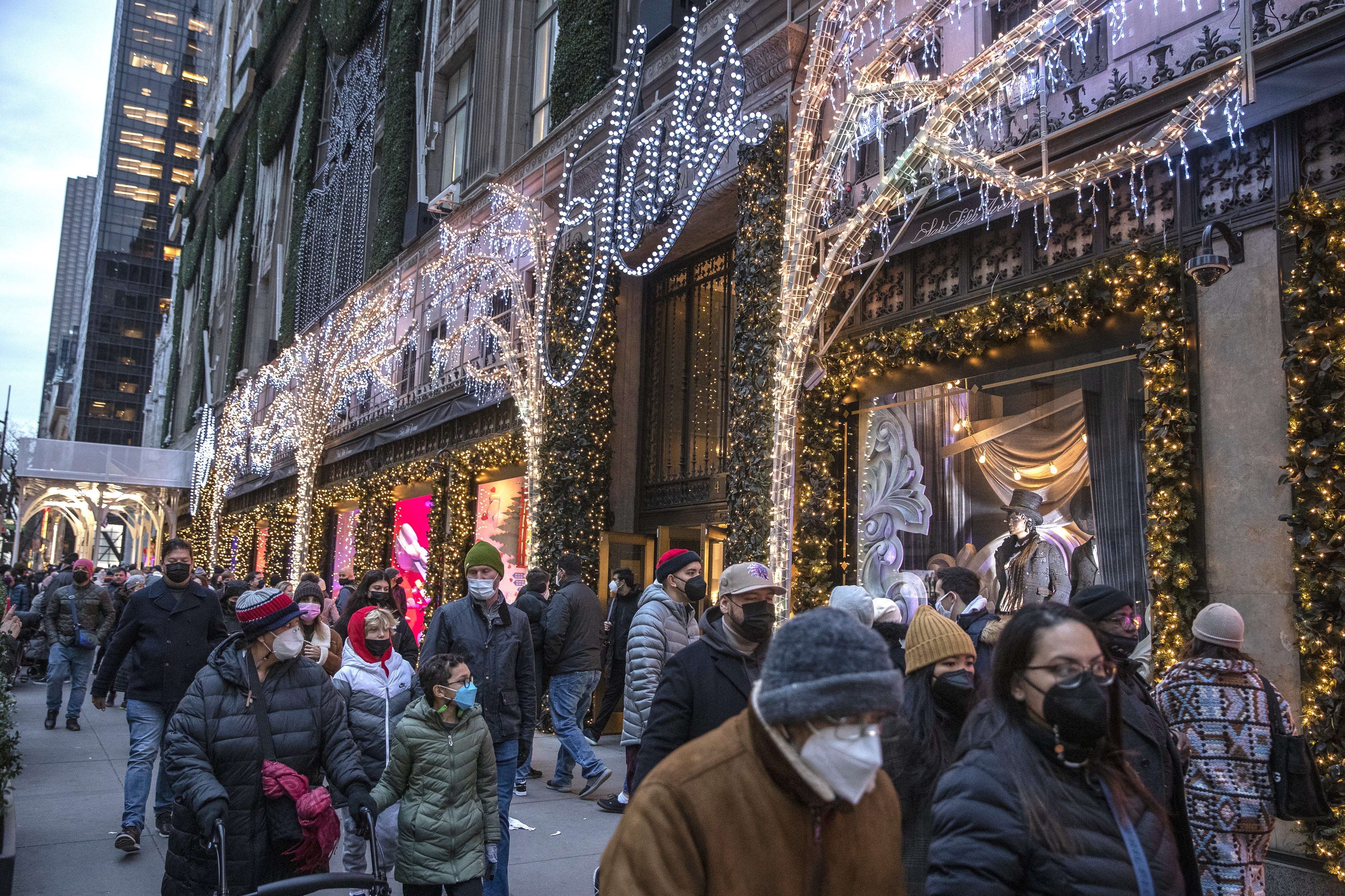 NYC will turn Fifth Avenue into Open Street for the holidays

Under the plan, 11 blocks of Fifth Avenue, from W. 48th Street to W. 57th Street, will be open to pedestrians on three Sundays in December.

The three Sundays are December 4, December 11, and December 18. The opening hours of the pedestrian square will be from 12 p.m. to 6 p.m.

The “season-specific” pedestrian plaza will connect to the pedestrian zone around Rockefeller Center, where tourists flock to see the famous Christmas tree, which will be lit up on Nov. 30.

As part of the plan, the city will set up movable barriers on the east and west sides of Fifth Avenue between W. 48th Street and W. 52nd Street.

Additionally, in the early afternoon on weekdays and mornings on weekends, the barriers will be used to “reuse one lane of traffic on either side of the avenue as additional pedestrian space,” the mayor’s office said. .

People walk through stores along Fifth Avenue during the holiday season.

According to Adams, this is the first time in half a century that such a stretch of Fifth Avenue has been turned into a pedestrian plaza for the holidays.

“Every year, people from all over the world come to New York City, and especially to Midtown Manhattan, during the holiday season,” the mayor said in a statement. “This year, we’re going to make that experience safer and more enjoyable for all New Yorkers and visitors with greater access to Open Streets.”

Adams had two messages for visitors: “Happy holidays and spend the money.”

On Sundays, when the open street is active, there will be entertainment including choirs, drum lines and a samba band, officials said. Food and beverages will also be available and seating will be provided. More information about the activities will be posted on FifthAvenue.nyc.

Here’s what you need to know:

• Fifth Avenue: On December 4, 11, and 18, from 12 p.m. to 6 p.m., Fifth Avenue, from W. 48th Street to W. 57th Street, will be open to pedestrians only. Additionally, throughout the holiday season, movable barriers will be placed on the east and west sides of Fifth Avenue between W. 48th Street and W. 52nd Street. On days when the street is not designated as an open street, beginning in the early afternoon on weekdays and in the morning on weekends, these barriers will be used to reallocate one lane of traffic on either side of the avenue by additional pedestrian space. To accommodate high foot traffic, right turns of westbound vehicles will be prohibited from Fifth Avenue to W. 47th Street, W. 49th Street, and W. 51st Street.

• Rockefeller Center: Beginning with the lighting of the Rockefeller Center Christmas tree on Nov. 30 through early and mid-January, the city will pedestrianize the streets surrounding Rockefeller Center and Radio City Music Hall, using barriers mobile to partially or completely close streets to cars and reduce pedestrian traffic along sidewalks. W. 49th Street and W. 50th Street, between Fifth Avenue and Sixth Avenue, will only be open to pedestrians during peak hours, between 11 a.m. and 12 p.m. daily.

• Sixth Avenue: Also beginning with the lighting of the Rockefeller Center Christmas tree on Nov. 30 through early and mid-January, movable barriers will be placed on the east side of Sixth Avenue between W. 48th Street and W. 52nd Street, reallocating a traffic lane for additional pedestrian space.