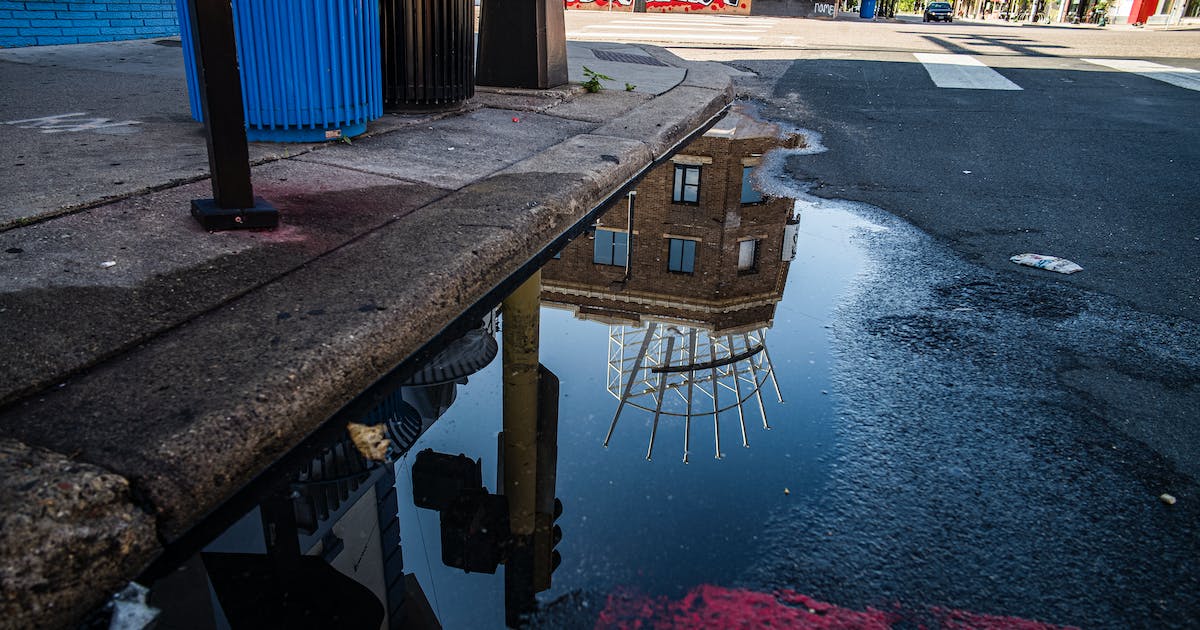 How revealing are the comments of Becca Hughes, Minneapolis Project Manager and Traffic Engineer Allan Klugman, when confronted with business owners’ concerns about the loss of parking outside their Hennepin Avenue businesses. (“Limited parking in the Hennepin redesign”, December 27). Remember, these owners are the people who pay the taxes and take the risks associated with operating in Minneapolis – the same people who might pick up and move elsewhere. Street parking is a low priority, we are told. Hughes sees the resulting burden on businesses as “transformational” and maybe it will be, turning their stores into vacant buildings. But do not worry. “It’s something [customers] can get used to it, ”according to Klugman.

We will see. By the time Minneapolis becomes a utopia for biking / walking / scootering / cars without a car / public transportation, there may be nowhere to go and nothing to do.

In Monday’s article “Limited Parking in Hennepin Redesign,” the Minneapolis traffic engineer notes that parking options exist on adjacent streets. In my experience, they exist, a short walk from Hennepin. But in order to assure the drivers that there will always be a free parking space available on our arrival, we must charge for this parking. Decades of real data collected by parking guru Donald Shoup (in the book “The High Cost of Free Parking”) proves that Minneapolis can set a price such that there will always be one or two free spots along each block. . The collected parking revenue can then be used for parking or for bus or carpool vouchers that businesses can advertise and distribute. Or it can be used for better street parking signage or for “repair and paint” grants to businesses along Hennepin. Let’s get creative, Minneapolis!

The author is vice chairman of the Minneapolis Bicycle Advisory Committee.

Plans to reduce or eliminate on-street parking on Hennepin Avenue are pointless and shortsighted. I say this because I’ve worked with dozens of business districts and as a past president of the International Downtown Association, as a parking consultant, and as a community organizer. Simply put, on-street parking is vital for businesses in neighborhoods like Uptown. Each street space can generate up to $ 300,000 per year in business sales in a single block. Now is the time for city officials and city staff to do all they can to promote and support the recovery of small businesses, especially in places that have suffered from civil unrest. Restaurants are much more addicted, post-COVID, to take-out and delivery activities, and retailers need more customers than those who can walk from neighboring neighborhoods. We all want to create pedestrian towns, but harming or destroying businesses takes away the very reason for walking into a neighborhood.

If people, especially our young people, do not see a place in our society – in terms of access to a good education, equal treatment before the law and equal treatment in the workplace – there is It shouldn’t come as a surprise that they don’t feel inclined to play by the same rules as everyone else, especially if they see the rules as going against them.

The clues are there for us to examine – the persistent gap in academic achievement, the racial inequalities inherent in our housing, law enforcement and the courts. We have not prioritized these issues in the past. My message from what is happening on our streets is that we need to prioritize them now. Losing one of our young people to crime is a double tragedy: the tragedy of losing their energy and potential contribution to a stronger, more vital community, and the tragedy of having to spend even more of our tax dollars on them. incarceration.

What would be the goal of Kimberly Potter’s incarceration? She made a mistake in a dangerous situation for which she immediately felt remorse, so rehab is not a factor. There is no danger to the public of a repeated mistake since she could never be rehired as a police officer. Instead, why not apply the thousands of dollars that his seven-year incarceration would cost: first, protect the public and rehabilitate the growing number of offenders who intentionally create harm; second, quickly recruit a police force closer to the communities served; and third, to develop arrest methods and technologies that are reliable and do not endanger the public, the police or suspects?

Some people feel sorry for Potter because she only performed poorly in a time of stress. If this is true, perhaps we need to take a close look at what is widely considered to be “stressful” these days. It seems like white people can roam all of creation wearing combat gear and automatic weapons and no one is blinking. But having a black person just about anywhere suddenly creates a “stressful” situation, making qualified judicial officers fear for their lives and search for weapons.

U.S. Rep. Pete Stauber and former Rep. Marilyn Musgrave give us many of the same arguments against abortion we’ve heard for decades (“U.S. Law Must Respect Unborn Childhood,” Opinion Exchange, December 28). I have never heard anyone say that abortion is a good thing or that it does not cause pain and often regret. However, those who oppose abortion ignore the larger issue, which is actually implied in the title of their commentary. What about the humanity of unwanted children born if abortion is made illegal again?

Stauber is the parent of a foster child – well done, but how many other abortion opponents have made the same pledge? How many have offered to pay the medical bills of a woman considering an abortion and adopting the child after birth? As current or former members of Congress, have they taken into account the effect of millions more children on the country’s social infrastructure? Schools are already overcrowded; family budgets and child welfare and protection systems are strained. How many women (and equally guilty men) would have given up on education and career opportunities because they had to raise a child they were not prepared for?

Stauber and Musgrave would serve society better if, instead of trying to make abortion illegal again, they worked to improve sex education in our schools and make contraception more readily available or maybe even free. Both efforts would reduce the number of abortions needed and possibly even make it a rare procedure. Every child should be a desired child, not the resentful result of rape, temporary indiscretion, or birth control failure.

I agree with the article written by Dr. Gregory A. Plotnikoff published on December 28 (“What more can we do? Take your vitamin D,” Opinion Exchange). As described by Dr Plotnikoff, and with a good scientific basis for his claims, taking vitamin D is an inexpensive and readily available way to minimize the risk of severe symptoms of COVID.

Some people think that over-the-counter medications, such as vitamins, are completely safe. So they think that if some are good, more is better. This is not true with vitamin D. Most vitamins are soluble in water, which means that if you take more than you need, the rest is simply flushed out by the kidneys. However, vitamins A, D and E are fat soluble, and taking excessive amounts can build up in the body causing side effects.

So, as a retired pharmacist, my caution is to take the recommended daily dose. More is not better.

We want to hear from you. Send us your thoughts here.