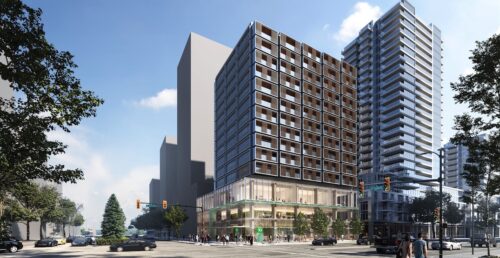 With Vancouver City Council’s decision to approve the rezoning application for 495 West 41st Avenue, three of the four corners of the important intersection of Cambie Street and West 41st Avenue are now ready for redevelopment.

PCI Developments’ plan calls for a 164-foot-tall, 14-story mixed-use building with 99 secure rental units – 55 one-bedroom units and 44 two-bedroom units. Residents will have access to indoor and outdoor amenity spaces on the fourth level (the roof of the commercial podium) and the roof of the building.

The original proposal called for 13 additional rental units, but the lowest residential level has now been converted to commercial uses for a total of three floors of retail and office at the bottom of the building. There will now be 30,000 square feet of commercial uses, with TD Bank set to occupy much of the high-profile space, replacing its current location just across the street. 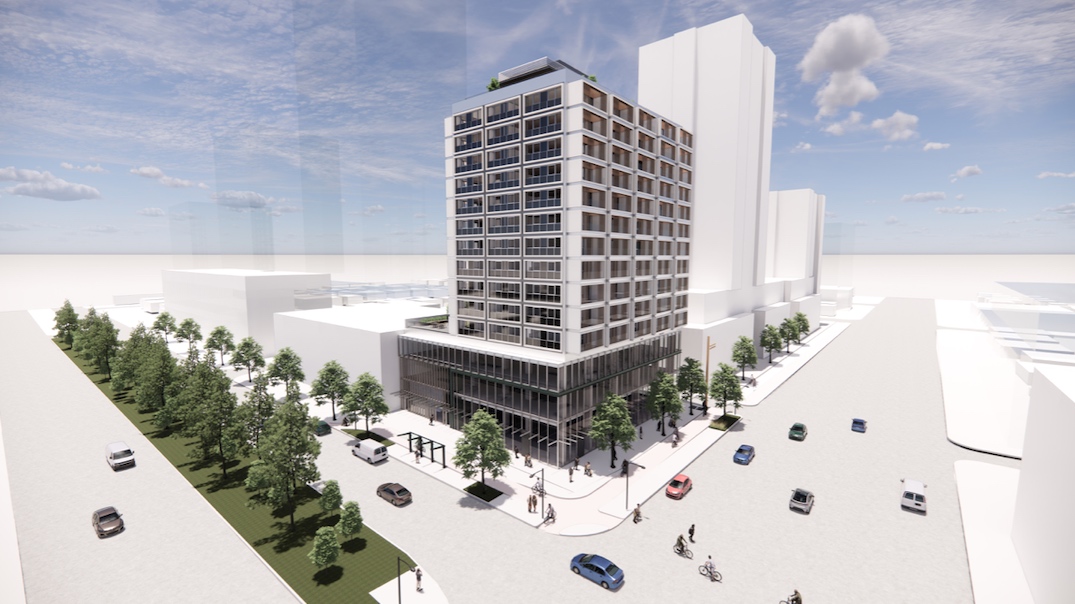 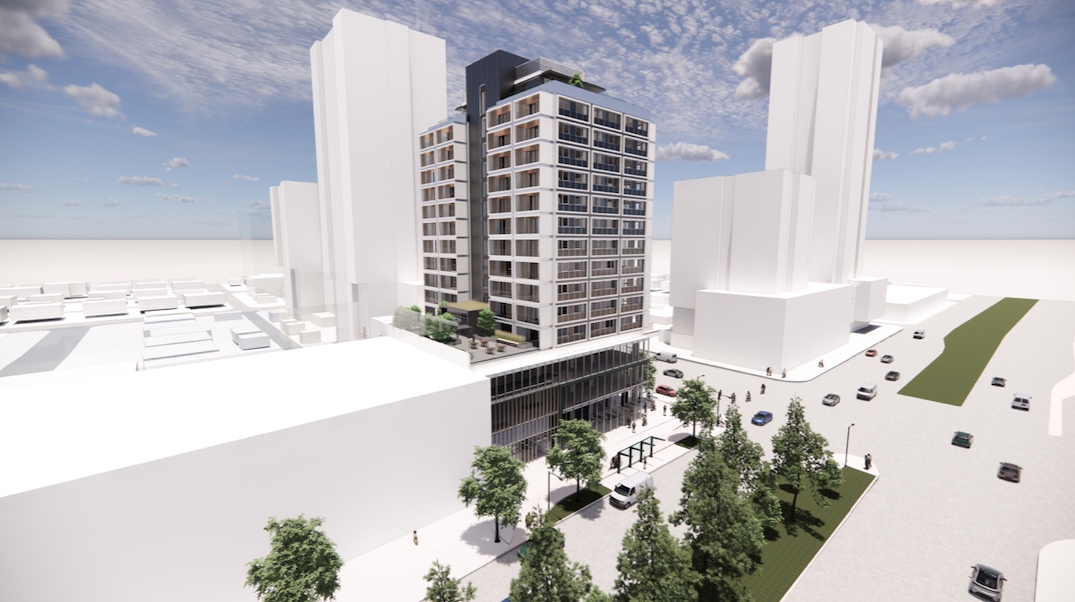 “I often pass by this wasteland and it’s a bit sad. Many people were hoping to see this come to life, instead of this empty lot. Rental housing complements much of the strata that have already been developed in the Cambie Corridor,” Kirby-Yung said.

“In terms of commercial space, there’s a huge opportunity here for local food, cafes and retail stores, all to meet day-to-day needs…We’ve put a lot of housing in this area, but we didn’t put those needs there, and we force people to travel for their daily needs.

The property was previously a gas station over ten years ago. It was owned by Cormandel Properties until June 2020, when it changed hands to PCI Developments in a deal worth $40 million, records show. Cormandel Properties acquired the property about seven years ago for $16 million for its plans to develop a 12-story building with condominiums and retail, but the proposal was stalled.

City staff explained that the developer was unable to acquire 488 West 40th Avenue – the adjacent four-story residential property built in the 1990s and located immediately to the north – for a larger development. , which would have made an adjacent lot of 260 feet. – large tower, based on the city’s Cambie Corridor plan. 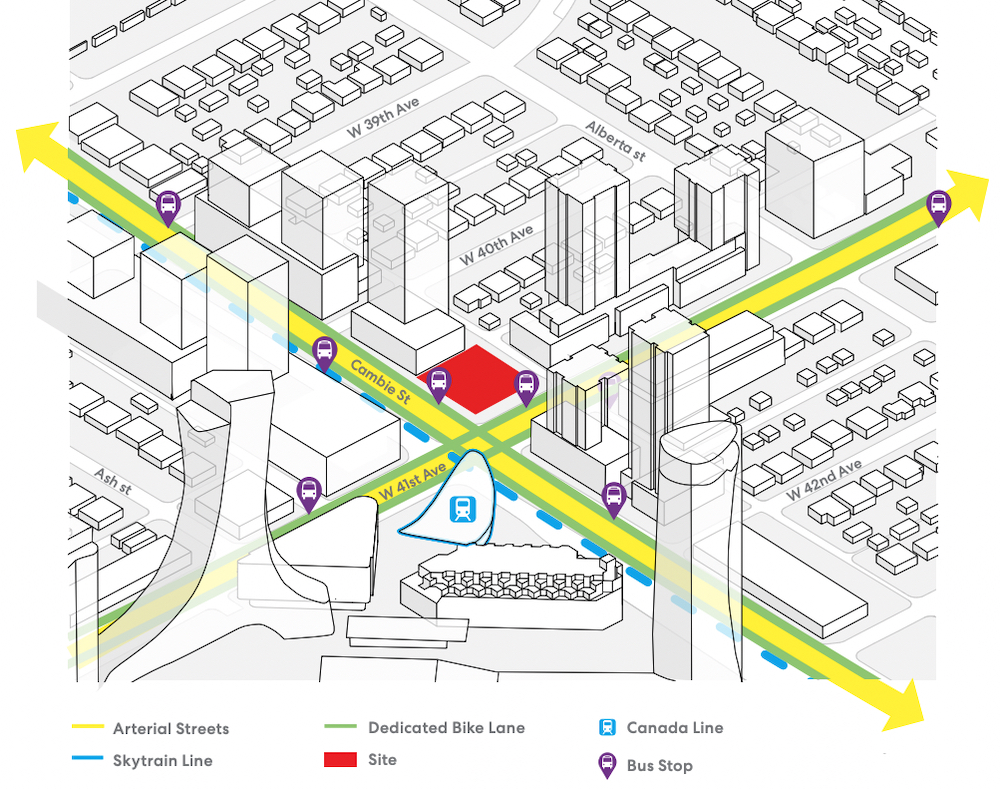 The Cambie Corridor plan stipulates that vacant land at the corner can only reach a maximum height of 150 feet, with multiple floors of commercial uses at the base and office or rental accommodation on the upper levels. The now approved project aligns with the zone plan.

“I could vote for this if there was an affordable price, but it looks like the landlord is going to make money from the commercial spaces downstairs and the rental spaces upstairs. I just don’t see what we get out of it, so that’s a no on my part,” Swanson said in his justification against the project.

The design company for the project is Perkins & Will Architects.

“The arrangement of the balcony modules strengthens and reinforces the regularity of the building’s fabric. While the grid is strongly reflected on the facade as a result, the operable screens [on the north- and south-facing units] and the random patterns created by their users introduce an extra layer of animation and variety that allows for constant transformation,” reads the design logic. 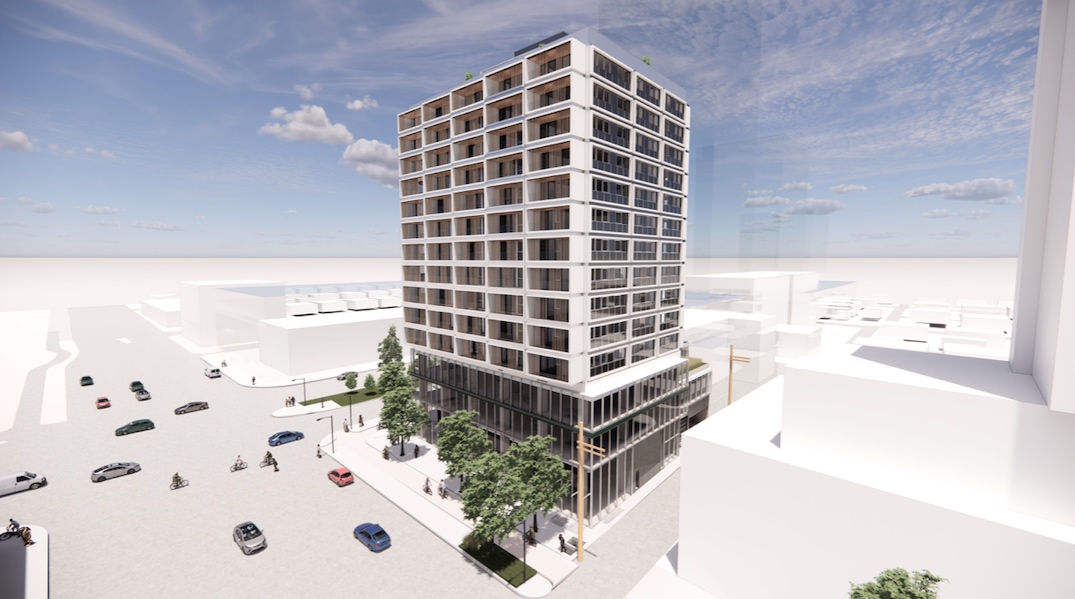 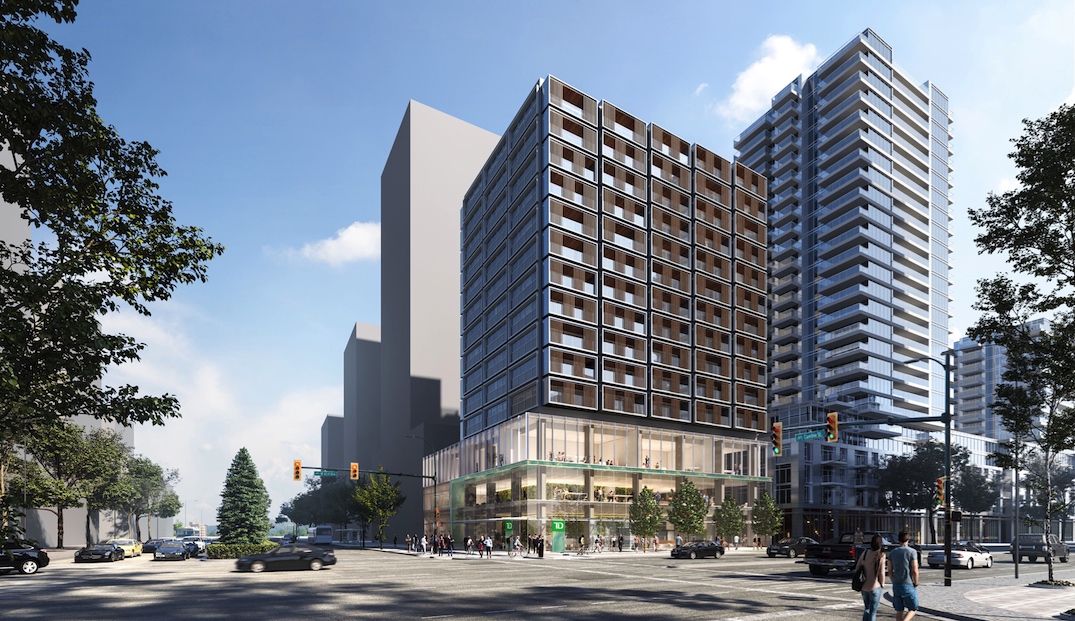 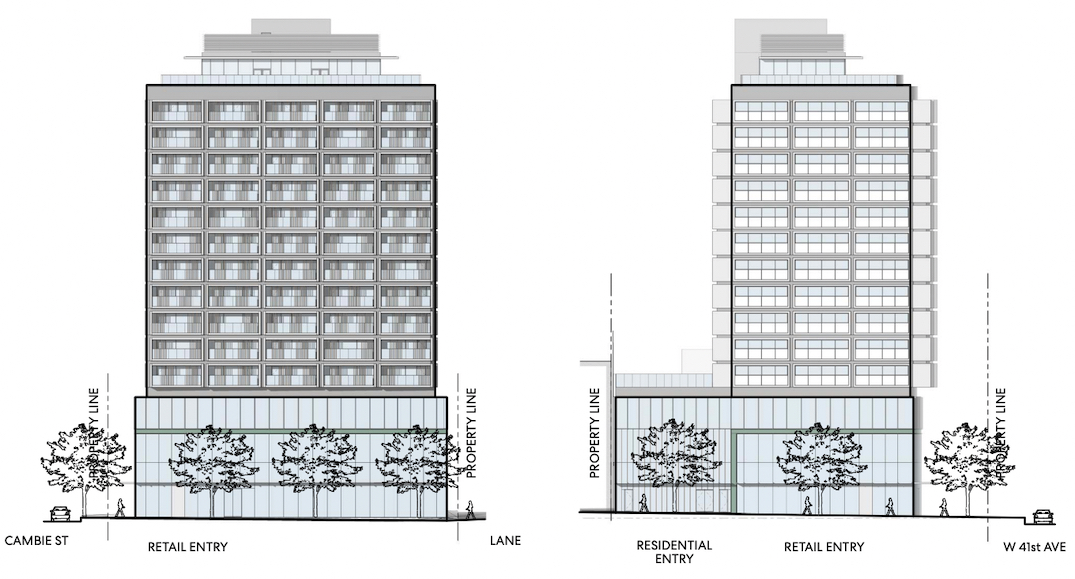