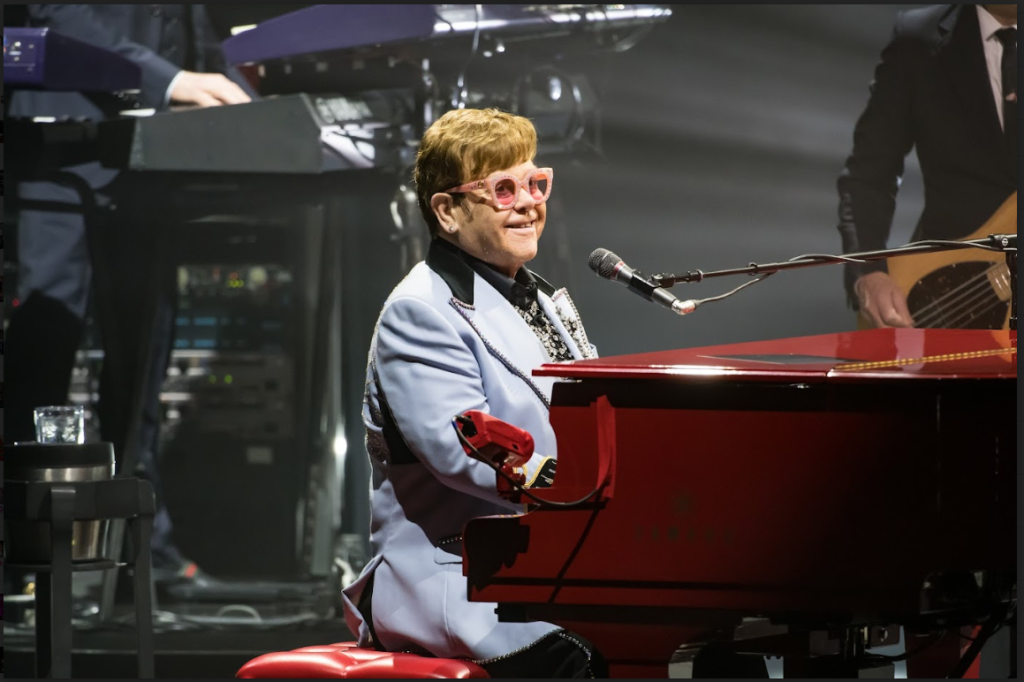 Fresh off his performance at LACMA Art+Film GalaSir Elton John teams up with Saks Fifth Avenue to kick off the luxury retailers holiday campaign in support of the Elton John AIDS Foundation’s Rocket Fund.

In honor of this partnership, John will bring the holiday spirit to New York with an appearance at Saks Fifth Avenue flagship during the unveiling of the holiday window and light show on November 22. Viewers will also be able to tune in to Saks Live at 7 p.m. to watch the highly anticipated event.

Saks’ 360-degree partnership with the Elton John AIDS Foundation includes a $1 million donation to The Rocket Fund, the foundation’s campaign to redouble the fight against AIDS worldwide, and a collection of multi-vendor merchandise available at sale on saks.com, featuring designers including Carolina Herrera, Givenchy, Balenciaga, among others. The curated collection will include products from participating designers’ previously released collections and will be available on saks.com from November 8. holiday light show.

“This holiday season, we’re thrilled to partner with Elton John AIDS Fashion’s Rocket Fund to support their mission to end the AIDS epidemic,” said Emily Essner, Chief Marketing Officer, Saks. “Saks has a responsibility to use our platform to champion causes that matter. With the Elton John AIDS Foundation, we are able to raise awareness for an important cause and provide our guests with an amazing vacation experience that they cannot get anywhere else.

John will also take part in two Saks Live events, including a conversation between John, her husband David Furnish and Gucci’s Alessandro Michele. There will also be a Saks social media Q&A and feature in The Edit, Saks’ editorial hub for fashion news and style inspiration.