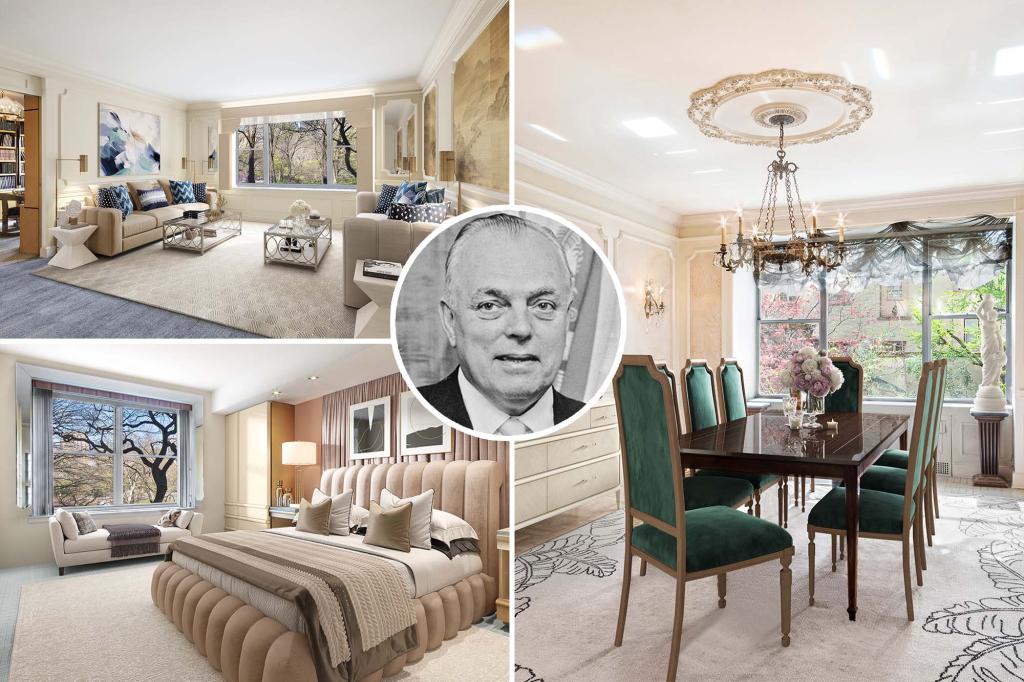 Howard Deering Johnson may have started the chain of restaurants and hotels of the namesake Howard Johnson, but he calls Fifth Avenue his home.

Now his old pad at 812 Fifth Ave. – where US Vice President Nelson Rockefeller once owned a unit – listed for $6.49 million.

The two- to three-bedroom co-op is in a 19-story building.

The “classic 7” apartment opens into a hall that leads to a marble-floored entry gallery, an open-plan living room with views of Central Park, a formal dining room and a library (or a flexible third bedroom) with ceilings and windows overlooking the park.

There is also a kitchen with a windowed dining area and a master bedroom with two walk-in closets.

The current seller is the estate of a woman who purchased the co-op from Johnson.

The listing broker is Iman Bacodari Barkhordari, of Douglas Elliman.

Additionally, Ralph Nakash – the buyer of the Rockefeller unit – is also under contract to sell a unit on the building’s sixth floor.

Nakash got his start by founding the Jordache jeans empire, but has since moved into several businesses, including real estate and hotels.

He bought the three-bedroom apartment facing Central Park for $6.9 million in 2014, a year after making waves buying the Versace mansion in South Beach.

The 2,830-square-foot residence was last asking for $7.99 million, down from $9.9 million in 2021 — meaning it’s ‘taking a hit,’ an insider says, as it spent more in renovations that it will not recover from the sale. Nakash completely renovated the space, which includes an oak-paneled entry gallery, marble and stone floors, art walls, and recessed lighting.

There’s also a 31-foot-long parlor with park views, a decorative fireplace, and hand-stitched leather wall panels, as well as a formal dining room and bar.

The listing broker is Emily Sertic of Douglas Elliman.