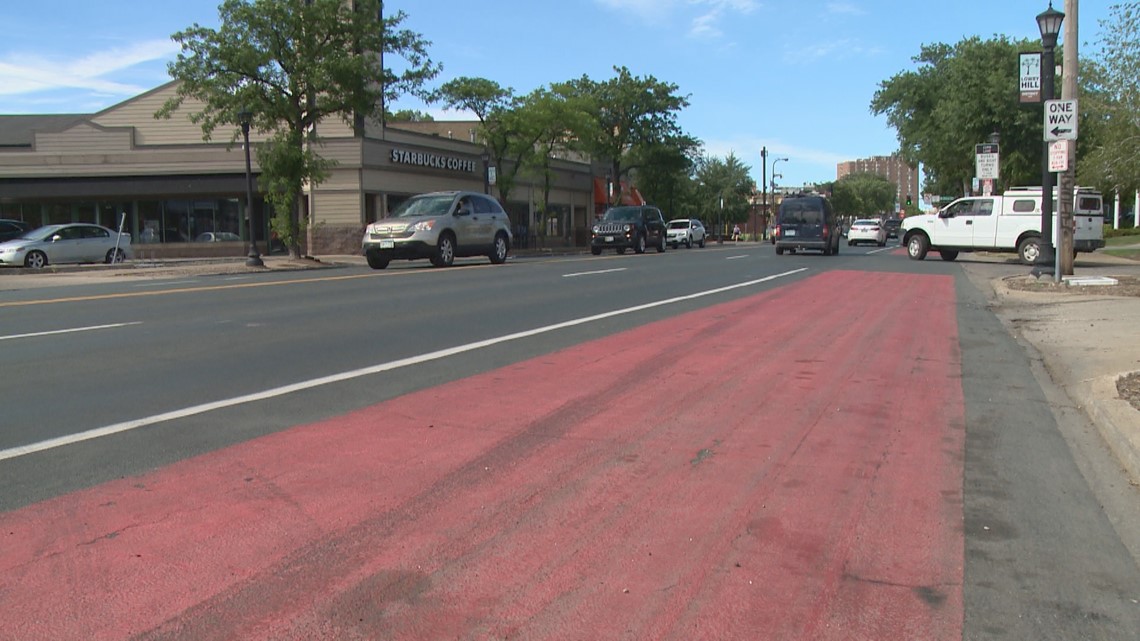 The future of Hennepin Avenue South in Minneapolis remains undecided

Council members are pushing for full-time bus lanes, but Mayor Frey vetoed a proposal due to concerns over loss of business parking.

MINNEAPOLIS — The future of Hennepin Avenue through south Minneapolis remains undecided ahead of the summer, following Mayor Jacob Frey’s veto of an overhaul plan that would have added 24-hour bus lanes at the expense street parking.

In a letter last week to city council explaining his veto, Frey indicated his support for elevated bike paths and other elements of a plan to redo Hennepin Avenue for the first time in six decades. However, he pushed back against the council’s proposal for 24/7 public transport routes, arguing that it would “ignore the countless small businesses, many of which belong to BIPOC”, which could lose “a substantial amount of parking lot”.

“We can meet our shared climate and transit goals,” Frey wrote, “while preserving a reasonable number of parking spaces for community businesses by enabling a flexible operational plan capable of delivering service. public transport up to 24 hours a day”.

Anthony Gulyard Jr., a master barber at One 21 Barbershop near Hennepin and 24th Street, applauded the mayor’s veto. His family business has long opposed the redevelopment plan because it would threaten parking spaces right outside the store.

“We have a lot of people with disabilities. We have elderly customers. We have people who really depend on parking, not just our business, but all of the businesses right on our little strip,” Gulyard said. “They fear riding bikes on the street for three months of the year. And that’s our livelihood.”

Ward 10 council member Aisha Chughtai, who drafted the amendment for 24/7 bus lanes and parking restrictions, said in a press release after the veto that “I reject the mayor’s framing of the 24/7 bus lanes as a ‘loss’ to small businesses”.

“It’s a data denying fear talking point,” Chughtai said. “On one of the most dangerous streets in the state for pedestrians, transit riders, cyclists and drivers, investing in people-centric infrastructure is vital. I championed this provision. because it is the one from which all members of the community benefit.”

Yesterday Council voted to approve a route for Hennepin Avenue, along with my amendments which guaranteed 24/7 bus lanes and restricted street parking. This 8 to 5 vote represented the community’s vision and was an important step forward.

Today, the mayor has vetoed these actions. 🧵

Chughtai also promised to review the Hennepin Avenue redesign plan at the next council meeting on June 30. After approving the original proposal by an 8-5 vote last week, the council would need to find just one more vote to override the mayor’s veto by a super-majority.

Katie Jones, co-leader of the Hennepin for People group, is a strong supporter of the overhaul plan, including changing the bus lanes operating 24/7.

“It doesn’t make sense to redesign this street and then just put the same temporary dynamic lanes back,” Jones said. “If we really want to be a city based on fairness, we have to make these lanes completely dedicated to buses, so that the buses can move freely in the lanes.”

Jones said she wanted to find common ground with businesses and liked the idea of ​​metered parking on side streets near Hennepin, so customers could still visit businesses by car.

“I think there’s really a trade-off in finding off-Hennepin parking and maintaining that throughput for our buses,” Jones said.

At One 21 Barbershop, however, the company sees the entire overhaul plan as a threat.

“Owning a business on Hennepin. See what we see every day. They’re taking that parking lot away from us…it’s taking our business away from us,” Anthony Gulyard Jr. said. “How can we survive if they take that?”

Watch the latest local news from the Twin Cities in our YouTube Playlist: