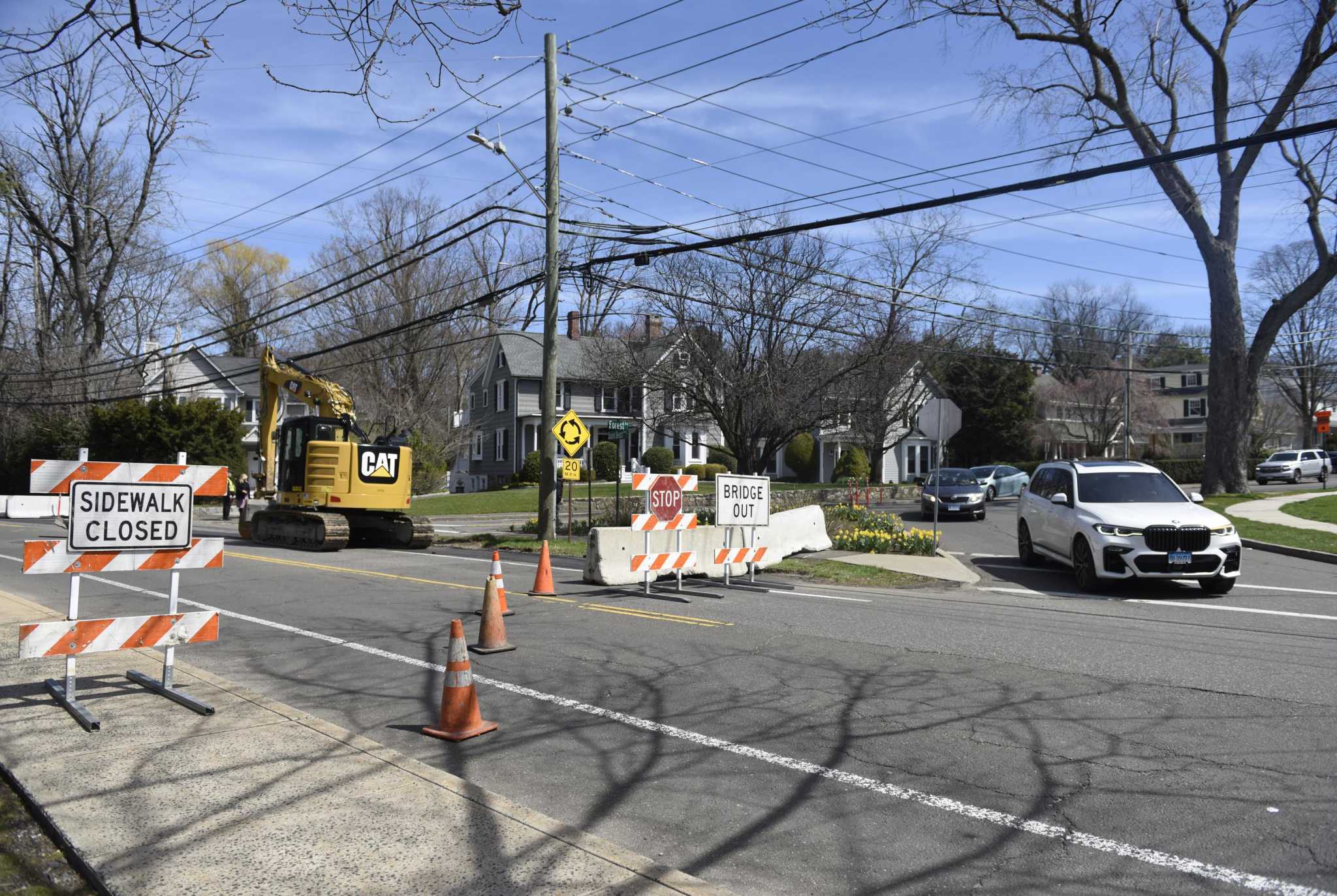 The Old Greenwich detour will end on Friday, but construction on Sound Beach Avenue continues into the fall

GREENWICH — As a bridge replacement project moves to the next phase, the detour on Sound Beach Avenue in Old Greenwich will wrap up on Friday.

But from Friday, drivers will be able to cross the bridge as one lane of traffic is open in each direction.

“With any project, public safety is paramount,” said Renee Wallace, communications specialist for the Department of Public Works. The “Engineering Division” of the DPW meticulously plans the projects taking into account safety and public necessities. Once the detour has been removed and the road reopened, this project will use temporary precast concrete barriers along both sides of the traffic lanes for additional protection.

“Crews are backfilling and compacting the sewer trench,” with temporary paving taking place on Thursday or Friday, she said.

“Once paving is complete, protective barriers, line strips and signage will be installed and vehicle diversion signs will be covered,” she said.

The project is on schedule and work will continue through the summer, Wallace said.

“Currently, two-thirds of the precast concrete culvert sections have been installed on the Sound Beach Avenue Bridge,” she said. “The project is expected to be completed this fall.

The remaining work includes the installation of the last four sections of precast concrete culvert; build the wing walls of the bridge; install manholes, catch basins and pipes as well as curbs and sidewalks; relocate utilities; paving and stripping of the road; landscaping; and adding the cut stone facade to the bridge, Wallace said.

During periodic construction periods, Wallace said police will be on hand to direct alternating traffic back and forth.

The detour had been an inconvenience on Sound Beach Avenue which is a major entry point to get to Old Greenwich.

Resident Tom Byrne said he had been concerned from the start about the need for emergency services to have quick access to the area. Byrne, a former representative town meeting moderator and member of the District 6 delegation, said he raised concerns about traffic safeguards in the area in an email to the DPW commissioner, Amy Siebert, in April.

On April 15, fire trucks responding to a blaze on Shore Road had to use Exit 6 on Interstate 95 in Stamford instead of Exit 5 in Riverside due to traffic delays, he said.

Deputy Fire Marshal Mark Dawson said the detour had been a problem in general, with trucks finding it quicker to go through Junction 6 at Stamford to access Old Greenwich.

“The detour added to the response time. It is a given. The route they presented added time,” Dawson said. “Hopefully the detour ends. … Our concern is that whenever there are road closures and diversions are put in place, fire protection suffers for the residents of that area.

Greenwich Police Captain Mark Zuccerella, however, said police had not experienced any slowdown in responding to Old Greenwich due to the detour. “It wasn’t a problem for us,” Zuccerella said.

RTM District 6 President Coline Jenkins said she hasn’t heard residents’ complaints about the detour. She noted that further construction work is planned for Old Greenwich, with a sidewalk on Shore Road and the Eastern Greenwich Civic Center due to be demolished and replaced.

But locals are happy to see the detour come to an end, she said.

“I’m worried about the fireworks in the park,” Voulgaris said, referring to the expected heavy traffic. “Not just for motorists but also for walkers because the sidewalk is closed.”

The sidewalk remains closed, Wallace said, but there is a posted detour route for pedestrians.