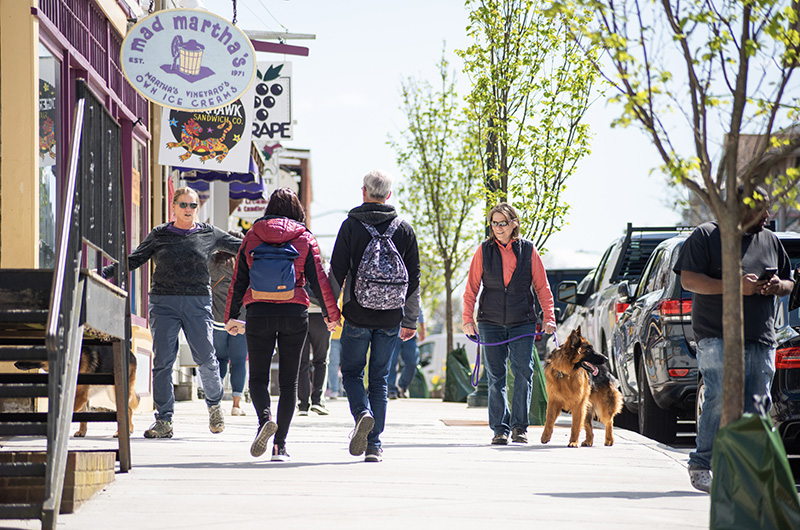 On a recent morning, a pickup truck, a Subaru, a Honda and a Maserati were parked along Circuit Avenue in Oak Bluffs – the not unusual array of vehicles for the vineyard. What was out of the ordinary, however, was that the cars were parallel parked, occupying four of the newly created 15 spaces at one end of the avenue.

The length of Circuit Avenue has been transformed by the new streetscape design, but the change to parallel parking only runs from Giordano to Healey Square. After that, it’s back to diagonal parking.

The entire $2.7 million downtown improvement project will eventually incorporate changes along Kennebec Avenue and Healey Square. But just in time for the 2022 summer season, the $1.64 million Circuit Avenue portion of the project is open for business.

“The project is functionally complete well ahead of schedule,” City Administrator Deborah Potter said in an update to the board on Tuesday evening.

All that remains is to add signs, benches and the completion of the lampposts, she said.

Ms Potter said much of the credit for a job well done goes to contractor Lawrence-Lynch of Falmouth, who dug up and replaced sidewalks, crosswalks and tarmac throughout the winter. Ms. Potter said that in the end, the change orders on the Circuit Avenue portion of the work cost less than $20,000.

“Which is another testament to Lawrence-Lynch and the work they’ve done,” she said.

At first, the project was pushed back mainly due to the parking change, with many worrying about the loss of 12 parking spaces due to the change from diagonal to parallel, and the potential difficulty for drivers to navigate the parallel parking during the high traffic summer season. But for now, many on Circuit Avenue are in favor of the result.

“I like it, but I’ve always been in favor of it,” said Scott Patterson of Craft Works, placing flowers in a planter outside the store last week. “I was for them to make this all a pedestrian mall.” 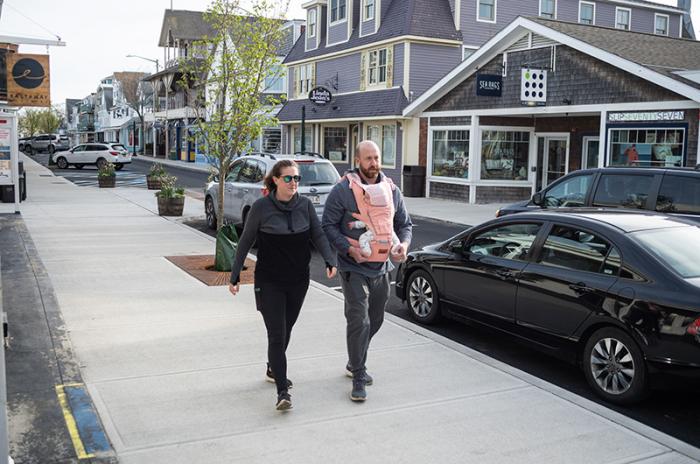 The sidewalks are noticeably wider.

In addition to changing parking patterns, the sidewalks along the same stretch of the avenue are now several feet wider, allowing more room for pedestrian traffic.

Speaking with the Gazette by phone, Highways Superintendent Richard Combra acknowledged the concerns and complications for drivers and businesses that can come with on-street parallel parking, but said he thinks the added safety of pedestrians that comes with a bigger sidewalk is well worth a loss. of parking spaces. Mr. Combra added that he thinks the new street layout is something that will start to feel natural over time.

“I think people adapt [parallel parking] really good,” he said. “They’re big enough for most cars to fit in.” 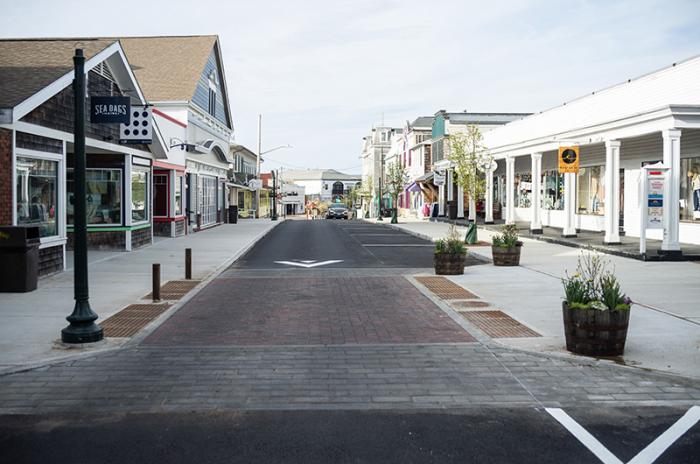 Another change is the replacement of the long-standing Callery pear trees on the street, an invasive species. Now, silk ivory lilacs line the street, standing at their debut much slimmer and shorter than their predecessors. When mature, the trees will peak at about 20 feet and look like flowering lilac bushes with large, flat green leaves and bearing large clusters of small white flowers on their branches.

“Love them. I wish they were bigger, but they will grow,” said Laurie Welch, founding partner of Eastaway and Basics Clothing Company, looking at the freshly planted trees from her storefront last week. I’m glad they’re installing the streetlights.”

Preparing for an expected spike in visitors this summer, Welch said she’s confident the street will be able to accommodate the thousands of pedestrians who will soon use the new sidewalks.

“I have no fear that it won’t be completely perfect,” she said. “Looks like it’s going to be very busy.”

In the coming weeks, the parking spaces along the harbor will be repainted to accommodate diagonal parking, adding a dozen spaces to the current parallel parking design and more than making up for the parking spaces lost on Circuit Avenue. Ms Potter said the work should be finished by Memorial Day weekend.

The next step in the extensive streetscape project involves changes to Healey Square and Kennebec Avenue. Ms Potter said on Tuesday evening it was unclear when that part of the project would be bid on, but board member Brian Packish said the work was less intensive and well suitable for fall.

“I think the scope of these sections is much smaller,” he said.